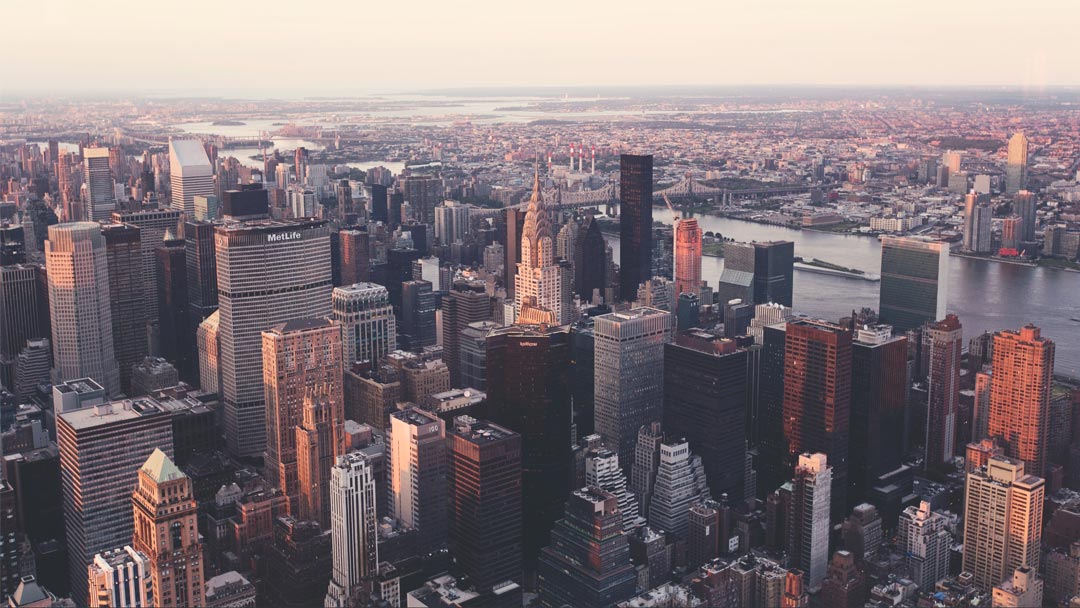 In many ways, New York City is the center of British imperial control over the United States. A host of enemy agents pollute the whole place. You've got the Wall Street "derivatives men," you've got the prostitutes of international media, you've got the imperialist think-tankers ─ and on top of that, a legion of smug New York liberals who have willingly permitted the Democratic Party to become a party of treason. What's to like?

But at the same time, New York is an intellectual, political center for the republican forces of humanity. What is done here against Obama and the British Empire radiates throughout the country and the world. New York is the city of Alexander Hamilton, Franklin Roosevelt, and Lyndon LaRouche, after all! Locked in battle with the evil and corruption of New York's worst citizens, is the world-changing potential of its very best citizens. The actions of those best New Yorkers may be decisive in the fights to stop Ebola, to declassify the 28 Pages, to restore Glass-Steagall, and most importantly today, to organize the Democratic Party to giveObama the Nixon treatment.

Here, as everywhere, we have to create the New Paradigm! Find below a brief report on two of the many street organizing deployments in Manhattan we did last week.

Dump the Brits, Join the BRICS

Amid the hurried chaos of Manhattan's pedestrian corridors, only the highest ideas of humanity can pull a person out of

the mundane and into history: "Abandon your habitual pessimism and fall in love with mankind's potential!"

On Wall Street, steps from the famous statue of General George Washington, which faces the New York Stock

Exchange, our team of LaRouche organizers and activists brought reality to the city's most

At our tables, we spoke to students, speculators, tourists from across the world, medical professionals, city officials, and many others. Many people come up to us on these deployments with an opinion on a singular issue - Ebola, ISIS, the impeachment of deluded. High above the crowds, our colorful signs read: "Dump the Brits, Join the BRICS!" Photos of the courageous leaders of Brazil, Russia, India, China, and South Africa were joined by images of Lyndon and Helga LaRouche's global development program, the World Land-Bridge.

Obama, financial collapse, etc. Our challenge is always to confront each person with the systemic nature of the crisis. Once
a person has considered the doomed nature of the current system as a whole, they can conceive of the deeper requirement for Americans: to fight now, in this historical turning point, for the New Paradigm.

Indications of the global strategic reorientation toward the BRICS nations were unavoidable on Wall Street. An Indian IT specialist cheered the end of the British Empire; a Brazilian couple ecstatic with Dilma Rousseff's victory demanded we stay in contact; an Indian family who spoke little English chanted with us, "Chak de Modi!" (Hooray Modi!); a Jordanian stock trader told us, "My strongest desire is for the USA to break from the Saudi Royal Family."

On another day, a few blocks from Bellevue hospital, where the American doctor Craig Spencer battles the Ebola virus from his hospital bed, our team brought the LaRouchePAC Emergency War Plan to defeat Ebola to the population at large. We challenged each person we spoke to: "You have to take responsibility! A week or two could make all the difference."

Among the general crowd we found a widespread recognition of the intentional nature of the Ebola genocide. Minority citizens, in particular, who just a month prior might have been unwilling to confront Obama's Hitlerian character, confided to us: "I knew Ebola was on purpose." Many people knew of Ebola czar and Malthusian jerk Ron Klain as an incompetent bureaucrat, but even the liberal Democratic Party stalwarts of New York stood in shock, and thanked us, after hearing from us what Klain had said in 2008, regarding the "problem" of population growth in Africa and Asia.

There's much more to say about last week's New York City organizing ─ particularly the work we did at a high-level academic conference on Ebola, and the public interventions waged at several large Ebola town hall meetings in the Bronx and Brooklyn ─ but the above report reflects the mood on the street, a "battlefield report," you might say.

Helga Zepp-LaRouche has implored the citizens of the world to fight for the souls of their fellow human beings - that is, to demand, with loving firmness, that each person face reality with a passionate commitment to create a solution for mankind as a whole, based on the principle of the benefit of the other.

The New Paradigm is being born - will we few US patriots working with LaRouche safely deliver it to future generations?