The Anthropocene Viewed from the Noosphere, Revisited

Months ago there was a flurry of articles and studies about “The Anthropocene,” in the context of a debate among scientists about whether mankind had altered the planet to such an extent that that activity could be recognized as a new geological time period, meaning that clear signatures were present in Earth’s geology to reflect those changes. In addition, the question was when these signatures indicated such a change. 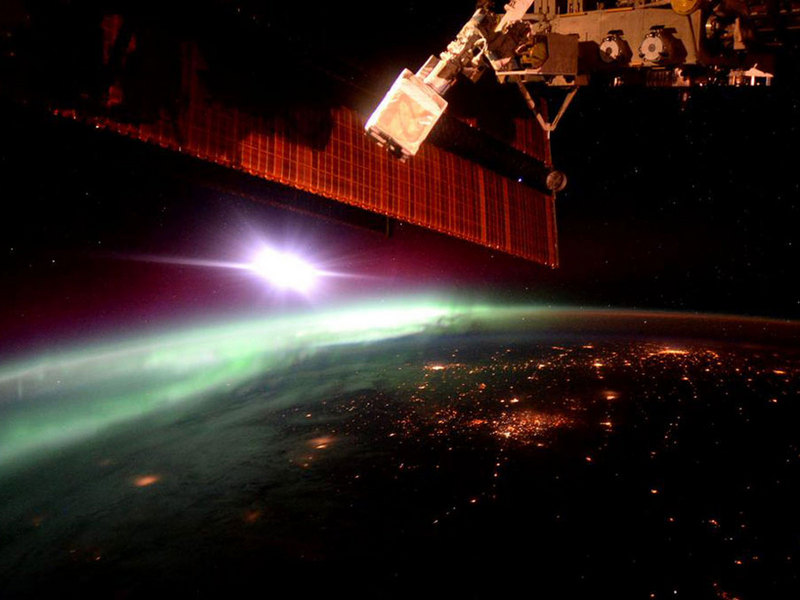 It’s clear that Vernadsky, the great Russian-Ukrainian biogeochemist, would nod in approval of such an acknowledgement of the power of mankind as a geological force, having written a work in 1938 by that same name, in fact, 12 years before the year being proposed as the start of the Anthropocene.  This recent announcement provides an excellent opportunity to reflect on how the recent statements and findings both cohere and differ with his own concept of the noosphere, and its history.

The Noosphere: When did it all begin?

Vernadsky also reflected on an intensity in the growth of the noosphere, though not its emergence per se, around time of WW2- but with different emphasis.  He focused on the development of man’s productive powers, as seen so clearly in the United States of Franklin D. Roosevelt. However, the emphasis of the recent study is more cynical, even if technically correct by some measure. It focuses on 1950’s atmospheric nuclear testing, which left significant geological traces, playing into the narrative that the noosphere, or the Anthropocene, has been a destructive force overall. Compare this to Vernadsky’s reflections from 1943:

“As for the coming of the noösphere, we see around us at every step the empirical results of that "incomprehensible" process. That mineralogical rarity, native iron, is now being produced by the billions of tons. Native aluminum, which never before existed on our planet, is now produced in any quantity. The same is true with regard to the countless number of artificial chemical combinations (biogenic "cultural" minerals) newly created on our planet. The number of such artificial minerals is constantly increasing. All of the strategic raw materials belong here. Chemically, the face of our planet, the biosphere, is being sharply changed by man, consciously, and even more so, unconsciously. The aerial envelope of the land as well as all its natural waters are changed both physically and chemically by man. In the twentieth century, as a result of the growth of human civilization, the seas and the parts of the oceans closest to shore become changed more and more markedly. Man now must take more and more measures to preserve for future generations the wealth of the seas which so far have belonged to nobody. Besides this, new species and races of animals and plants are being created by man. Fairy tale dreams appear possible in the future; man is striving to emerge beyond the boundaries of his planet into cosmic space. And he probably will do so.”

There was debate among the AWG about when the noosphere began- some argued that it began around the time of human agriculture which appears to cohere with Vernadsky’s own thoughts, though he recognized the increase in intensity of activity around the mid-20th century. He was clear that while large scale transformation of the biosphere did not occur at the moment humans appeared on Earth, noetic activity was characteristic of early man, in the form of his use of fire, later evolving into his significant transformation of the environment, with power comparable to a geological force. He wrote about this in his 1938 work “Scientific Thought as a Planetary Phenomenon:”

“In the course of long millennia, mankind radically transformed his role in the realm of living nature and in a fundamental way transformed living nature on the planet. This began already during the glacial period, when man began to tame animals, but for many thousands of years this was not so clearly reflected in the biosphere. During the Paleolithic period, only the dog seemed to have a connection to Man.

A fundamental change began in the northern hemisphere beyond the boundaries of the glaciation after the retreat of the last glacier.

It was the discovery of agriculture, creating food independently of the bounty of living nature, which, apart from its significance for Man’s sustenance, accelerated the movement of Man.”

He elaborated more in his earlier work, “On Human Autotrophy:”

“Through agriculture, he [man] was liberated—in his nutrition—from the natural living environment, of which all the other organized beings are naught in this respect but impotent processes.

… Relying on this great conquest, man has annihilated “virgin nature.” He has introduced immense quantities of new, unknown chemical compounds and new forms of life—the races of animal and plants.”

While such talk of “annihilating virgin nature” would make many an environmentalist cringe, it just happens to be true, and it wasn’t a bad thing, even if you ask nature.  In fact, this brings to mind another recent study, which reminds us of how long mankind has transformed the surface of the Earth, and to good, productive effect.

This new research shows that 13,000 years of repeated occupation of forests in British Columbia by First Nations tribes enhanced the productivity of these forests. Trees at sites of this ancient human habitation are taller, wider and healthier than in areas without such presence. The explanation for the increased productivity has to do with the use of fire, and the harvesting of shellfish.  Shellfish remains deposited inland, and the breakdown of the shells deposit important nutrients like calcium in the soil.  Controlled fires such as those employed by human civilization for cooking can also aid in the decomposition of organic matter into a nutrient-rich form made available more quickly than natural decomposition allows. The study indicated that soil pH and drainage were also positively affected.

This echoes earlier studies about the Amazon and Pre-Columbian civilization. It has been shown that in the past 12,000 years, astronomically advanced pre-hispanic societies terraformed thousands of square miles of the Amazon, creating raised mounds above the floodplains for agriculture and settlements, and constructing complex hydraulic works. These early civilizations used advanced agricultural methods to engineer a highly fertile 'black soil' in as much as 10% of the Amazon-- an area about the size of France. These early peoples created and farmed entire ecosystems in the Amazon. In this sense, such areas of the Amazon are more properly categorized as noetic than biotic.

You are powerful, and natural!

Yes, scientific thought as a geological force is to be recognized as such. Noetic activity has always been increasing as a general trend throughout mankind’s history. Vernadsky wrote of this, commenting that though there could be periods of stagnation, the noosphere would always prevail. It is only natural that this activity would be the most intense in the 20th century, but Vernadsky didn’t comment on this in a cynical fashion as recent studies on the Anthropocene often do, rather, he marveled at what mankind was capable of, such as the industrial progress achieved.  But intense noetic activity also began much earlier, sometimes earlier than we want to admit! Such is the case of the vast forests in the Americas which owe their productivity to early human settlement, despite the fact that we often hold them up of example’s of pristine nature, untouched by mankind. The noosphere, and its continual growth, is what is and always has been natural.

But it must be said that in many respects, compared to the noosphere as it had developed by 1950, we are in the midst of one of the periods of noetic stagnation Vernadsky wrote about. It isn’t a uniform stagnation--many areas of the world, such as the notable example of China, are actively working to grow the noosphere. The same can’t be said of the United States, especially compared to our own record of productivity of decades ago!

We aren’t simply a de facto geological force just by existing--but we can act to create that effect which is unique among species on this planet, as shown, for example, by the major economic revolution under the United States of Franklin Roosevelt, or the major science driver represented by the space program under the leadership of John F. Kennedy, which employed the unique noetic powers of our citizens. This recent emphasis on the Anthropocene can serve as a reminder of this, our true nature.