“The Anthropocene” viewed from Vernadsky’s Noosphere

The recent publication of studies highlighting the role of mankind as a powerful geological force, referred to as the “Anthropocene,” serve as a good opportunity to clarify how this concept overlaps and differs from Vladimir Vernadsky’s concept of the noosphere (and a great way to honor him just before his upcoming birthday on March 12th!). 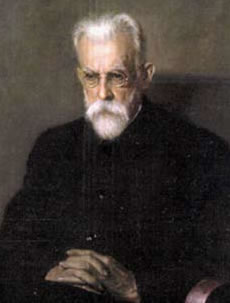 In Defense of The Noosphere, "The Kingdom of Reason" : The Fallacy and Fraud of COP21

World leaders are currently convening in Paris for an unprecedented meeting in which they are expected to resolve to implement measures to curb a supposedly catastrophic increase in the average global temperature by 2 degrees Celsius by the end of the century, deemed to be a scientific certainty by various oracles, unless we change our ways.  There is much to be said about this meeting; not only that it is premised on a scientific fraud (that carbon dioxide is far from the main cause of climate change on Earth), but also other biting ironies such as even the fact of the meeting itself in a city reeling from a terror attack just weeks prior caused by a complete failure of world leaders, led by President Obama, to deal with an actual global crisis emanating from a part of the world which has been overrun by chaos.

A recent study suggests that life on Earth may have begun long before we thought: to be precise, around 4.1 billion years ago. This is 300 million years before the previous best estimate, and would indicate that life began shortly after the planet itself formed, around 4.54 billions years ago.

Vernadsky & LaRouche: There are No Limits to Growth!

That is a question posed by Lyndon LaRouche in his 1984 economics textbook, "So, You Wish to Learn All About Economics?" It is a question to which he and Russian-Ukrainian biogeochemist Vladimir Vernadsky would answer: yes.