Pro-Nuclear CO₂ Reduction is a Terrible Policy, With Deadly Results

[read as pdf] Even though opposition to nuclear power has been central to the zero-growth Malthusian movement since the late-1960s, the man-made climate change catastrophe propaganda campaign has increasingly driven some to place a growing emphasis on nuclear fission and fusion power as the basis of a CO₂ emissions reduction policy.

Any attempt to mandate a CO₂ reduction policy—even while supporting nuclear power technologies critical to mankind’s future—is a horrific policy, and would condemn hundreds of millions of people to unnecessary suffering and premature death.

Huge portions of the global population are still suffering from devastating energy poverty—with over one billion people lacking access to electricity—and the only solution is a dramatic increase in the energy flux-density of the global economy (not simply replacing one form of existing power generation capacity with another).

Unfortunately, today’s global nuclear fission production capacity is woefully inadequate, and mass production of fusion power will take time to develop (even under a crash program).  To create the power required globally over the next 25, 50, and 75 years, CO₂ emitting coal and natural gas consumption will need to be increased to support the required manufacturing capacity for fission and fusion mass implementation on an even larger scale.

Any CO₂ reduction program—even one that supports nuclear—would be devastating to the growth requirements of the world population. 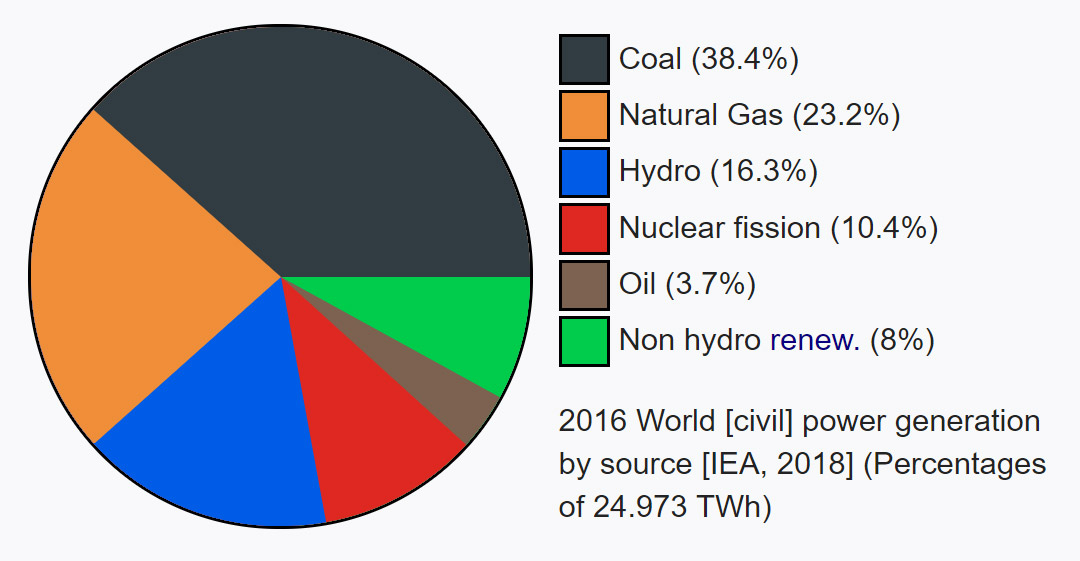 The electrical power required to support the world population at modern living standards is much higher than present global capacity—in my view, a minimum four-fold increase in global power production over the next 25 years would be an appropriate response to the present global energy poverty.

How can this be addressed?  Given the immense costs of wind and solar (as demonstrated in Europe, for example), these “renewable” sources are immediately dismissed as a viable option for supporting the world population at an adequate living standard. 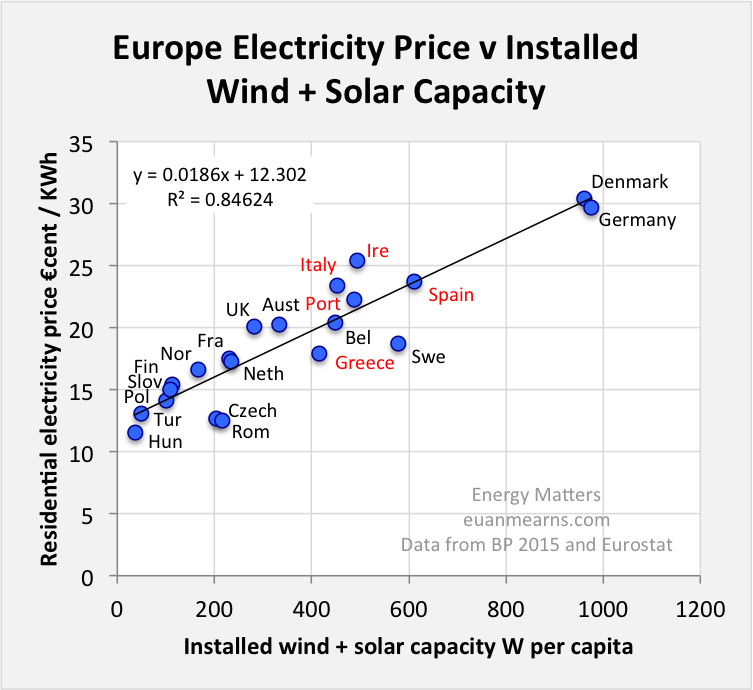 Nuclear power is key to the power needs of mankind well into the future.  However, a 2018 assessment published in Executive Intelligence Review notes that the total global manufacturing capacity for producing nuclear power plants can only add 30 GW of nuclear power per year.[2]  Meaning, with present capacity, it would take over 50 years to replace all existing coal and natural gas with nuclear.

A massive expansion of nuclear power production capacity is clearly needed, however, it would be devastating to dedicate that expanded nuclear production capacity to an accelerated replacement of CO₂-emitting power sources (coal and natural gas), rather than keeping existing coal and natural gas policies (including expansion) and adding new nuclear power on top of CO₂-emitting power sources.

The Realities of Energy Poverty

According to the International Energy Agency, one seventh of the world population—1.1 billion people—don't have access to electricity.

If we examine this by nation, there are currently 3 billion people in 34 nations with catastrophically low levels of electricity consumption—averaging less than 100 watts per capita.  By 2045 those 34 nations will have 4.5 billion people. 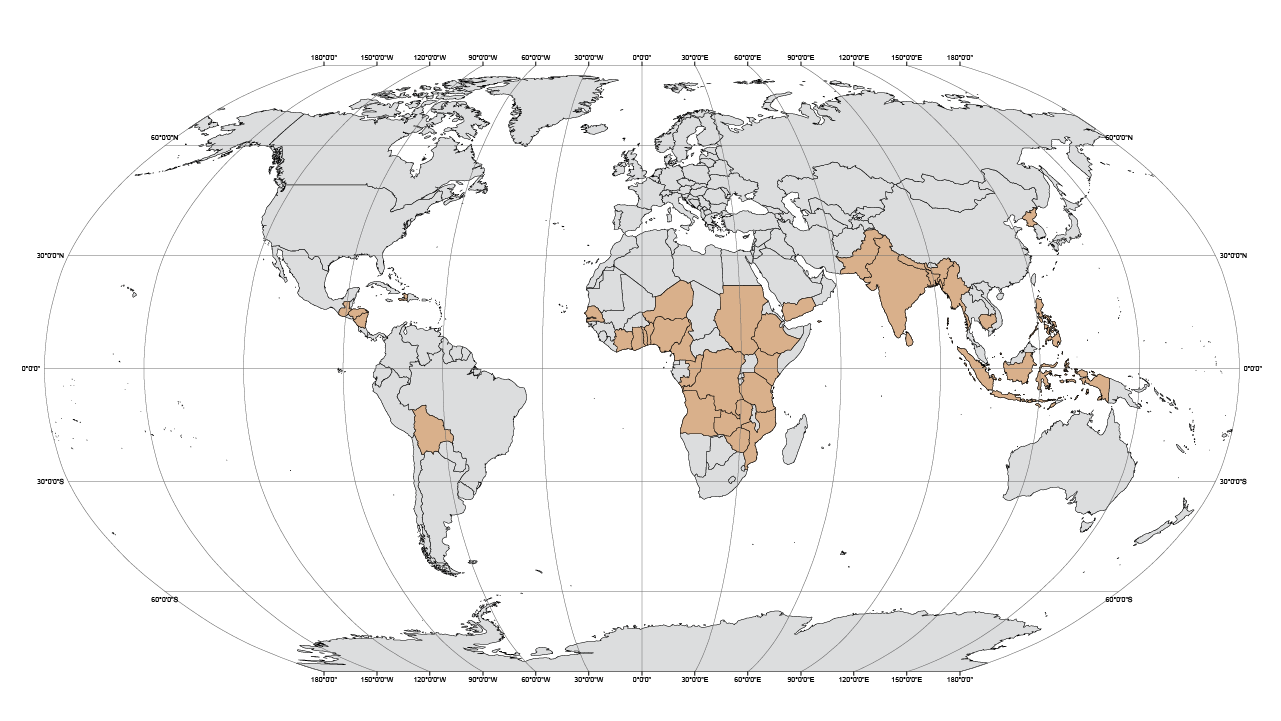 What will be required to lift these nations out of energy poverty?

In 1990 China’s electricity consumption was in this deep energy poverty range, at only 60 watts per capita.  By 2015 (25 years later) China increased its power per capita nearly eight fold, to 450 watts (while its population also grew 20%)—with 65% of their power presently coming from coal and 20% from hydro (5% from wind and 4% from nuclear).

For these 34 energy-starved nations to go through the same rate of growth in electricity consumption per capita that China went through from 1990 to 2015, it would require an additional 2,000 GW of electricity production by 2045.

What's more important over the next 25 years? Using nuclear to replace 1,500 GW of existing coal and natural gas plants, or using nuclear to provide 2,000 GW of new, additional power generation for the poorest countries on the planet?  Mankind presently doesn’t have the production capacity to do either, let alone both.

To put this in more concrete terms, since infant mortality strongly correlates with a nation’s power consumption per capita, we can estimate that tens of million infants will die unnecessarily by 2045 if these 34 energy starved nations aren’t able to go through a China-comparable 25 year growth in power consumption. 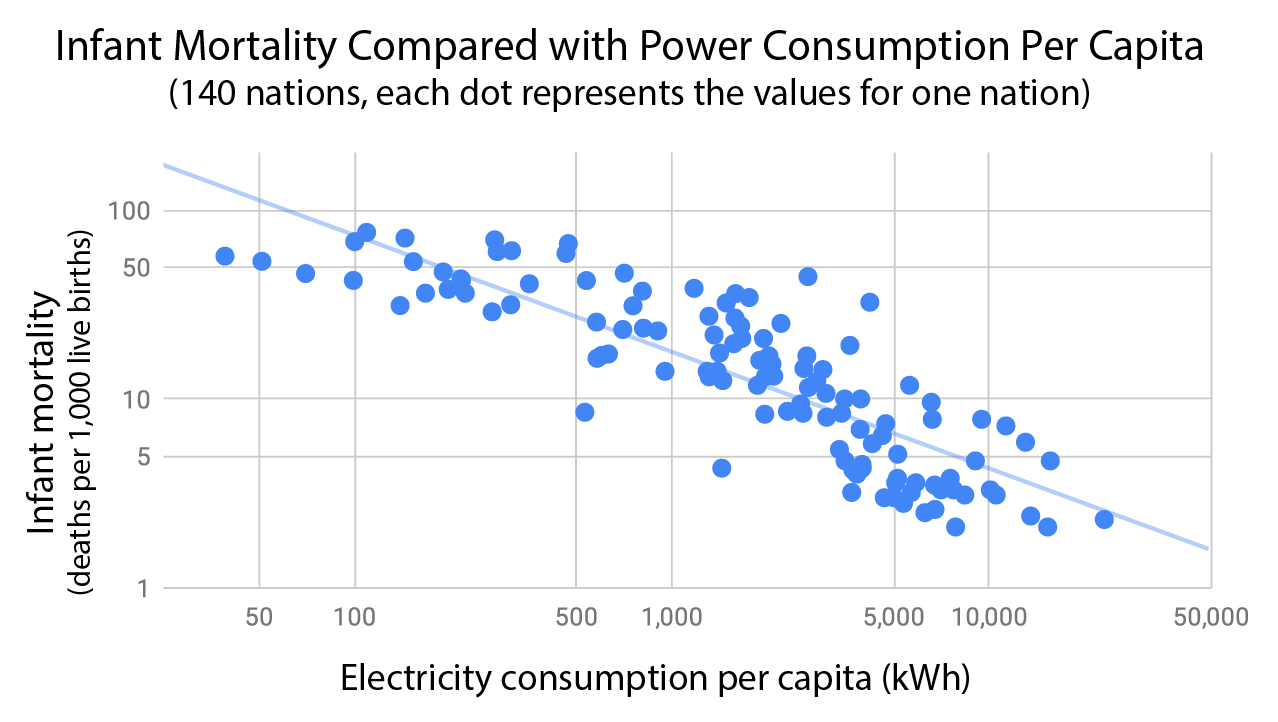 This is just one clear example of the cost of CO₂ reduction, tens of millions of human lives ended, before these people even have a chance to speak.

The 2,000 GW of power required for these 34 energy-starved nations to go through a China-comparable 25-year growth power consumption, is only a fraction of what's needed globally.

In my view, a minimum goal for the global electricity consumption rate by 2045 is 10,000 GW, about four times present levels—although that’s probably far below what Lyndon LaRouche would be calling for under a Moon-Mars program.  For comparison, the World Energy Council projects global electricity consumption to be 6,000 GW by 2050 (rather than 10,000 GW). That gap of 4,000 GW would ensure premature death and unnecessary suffering for hundreds of millions of people.

The reality is CO₂-emitting coal and natural gas consumption will need to increase to support a more rapid gear-up of the needed manufacturing capacity for fission and fusion mass production.  In a few generations coal and natural gas use will naturally decline in the context of a fission and fusion-driven global energy program, however, any mandate to unnaturally accelerate CO₂ reduction (even if it’s premised on expanded nuclear power) is a killer policy and can not be accepted.

Sign LaRouchePAC's call for support for the formation of the Presidential Committee on Climate Science, to perform a rigorous review of climate science. We must not be rushed into enormously expensive and deadly policies. 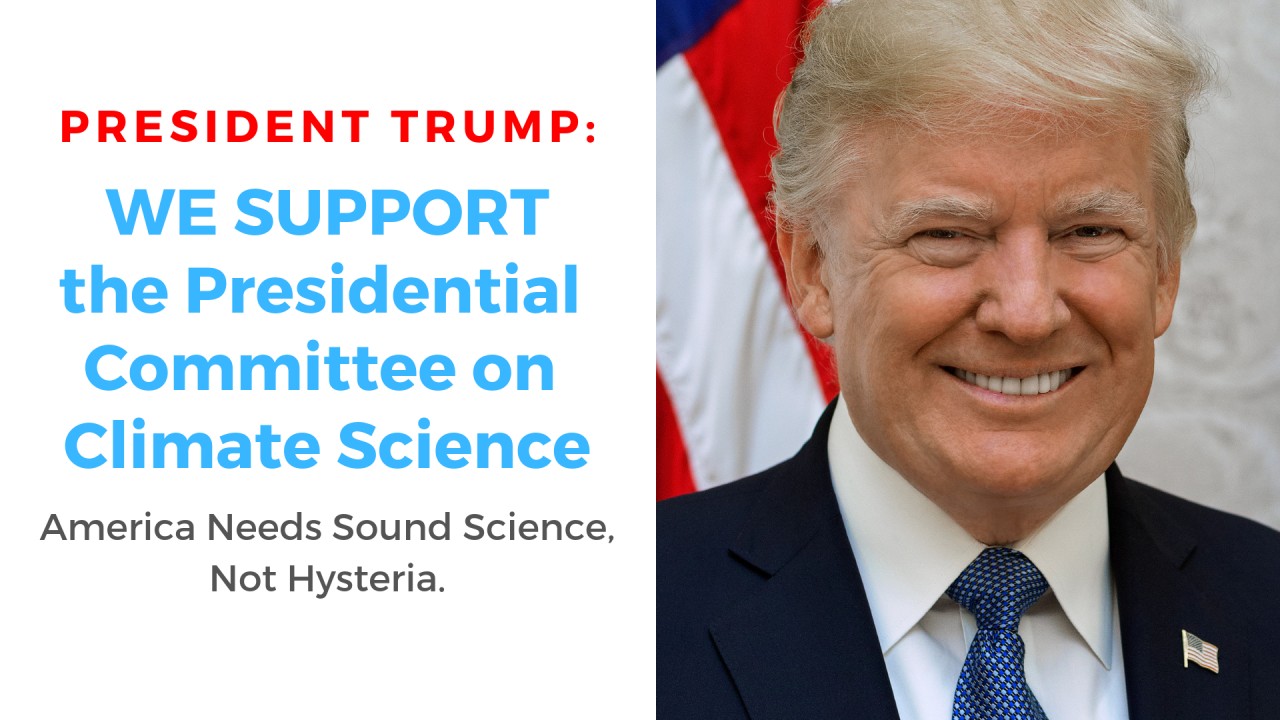