The present economic disaster of the United States demands a solution that cannot be found within the axioms of economic courses or textbooks. We must turn to Lyndon LaRouche, whose unique economic discoveries set the stage for his remarkably accurate forecasts and the fundamental science of physical economic growth that he has spent his life developing. LaRouche built upon Leibniz’s understanding of technology and Alexander Hamilton’s recognition of the central role of increases in the productive powers of labor as sources of economic wealth.

Rather than beginning with financial figures to measure an economy, LaRouche begins with the development of the human species. How many people can be supported upon a given area of land? That is, what is the potential relative population density of an economy? And what actions increase this potential (rather than the stock market)?

LaRouche locates the only source of economic wealth — indeed, the very basis for the existence of that uniquely human phenomenon known as “economy” — in the discovery of universal principles of science that change our relationship to nature itself. 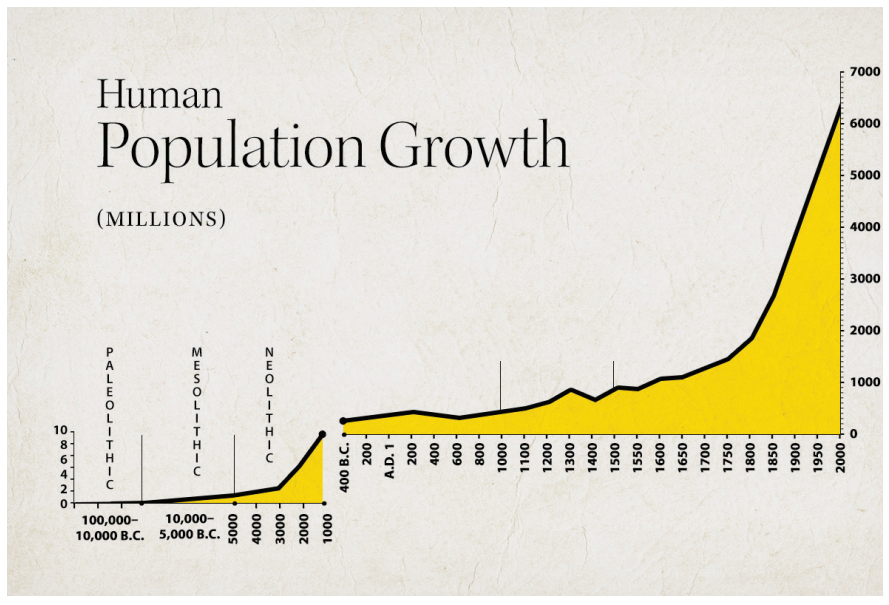 In 2014, from his knowledge of the true ABCs of economy (and his absolute rejection of what masquerades as “macroeconomics” in universities), LaRouche distilled the needed U.S. economy policy outlook into what he called his “Four New Laws to Save the U.S.A. Now!”

These "Four Laws" are not like any other political program you have ever read. It’s not a four-point platform from which you can select one independent plank to adopt, while ignoring the others.

Rather, these Four Laws are four facets of a single scientific outlook, refined by decades of work. Their joint operation will bring our political-economic system into coherence with the scientific economic laws manifest in all successful economic growth. These laws stem from the difference between human beings and all lower forms of life: the human ability to create and to evolve to a higher mode of existence.

“Mankind is enabled to evolve upward, and that, categorically, by those voluntarily noetic powers of the human individual will.… All actually sane cultures have appeared thus far in a certain fact of evolutionary progress from the quality of an inferior, to a superior, species.”

Conversely, when an economy does not develop higher forms of energy sources or reach a required density of new fundamental discoveries, that economy will inevitably fail as it reaches the limits of its own power and resource-base. Animals live in such a fixed relationship to their environment. An animal cannot alter its environment or enhance its mode of existence. In contrast, our existence as a species is based on changing our relationship to our surroundings and each other. Rejecting this is rejecting our humanity:

“A government of people based on a policy of ‘zero population growth and per capita standard of human life’ is a moral and practical abomination.”

Restoring Glass-Steagall will separate commercial and speculative banking activities, ending Wall Street’s cannibalization of economic resources and ensuring that speculation is at the risk of the investor rather than bank depositors or the U.S. taxpayer; it will clear the way for a bankruptcy-type reorganization of Wall Street’s worthless speculative holdings. But, that will not, in itself, result in sufficient funding for major infrastructure. This requires a return to a credit system under Congressional supervision, a system found in the U.S. Constitution and in Alexander Hamilton’s revolutionary design of the American system of political economy.

A physical standard, rather than a financial one, must be applied to the credit thus generated. Federal credit must not be invested in speculation (gambling), wars, or other forms of waste. It must be directed to activities that will generate actual economic growth, such as purposefully designed large-scale infrastructure projects, basic science, advanced healthcare platforms and education systems, with the constraint that they must foster individual creativity and rising living standards.

But, even a shift toward massive amounts of new infrastructure building or repair, will not secure the future, if it is limited to our present economic and technological platform.

New forms of technology allow the development of better systems of infrastructure, serving as platforms for economic growth.

And we require a power source capable of enabling us to leap in productivity and advance to the next economic platform, based on higher density of energy use. That new source is fusion power—an essentially unlimited resource of great intensity. LaRouche’s Fourth Law calls for a crash program to develop this technology.

Combined, these “Four Laws” will unlock the social organization needed for the advancements that will shape the next several generations of human life. We must go far beyond merely repairing potholes, upgrading our decrepit water systems, and spreading broadband internet access.

Useful parallels for what we must do today can be found in U.S. history: the canal building of our nation’s early days; the Transcontinental Railroad financed by Lincoln’s Administration during the Civil War; Franklin Roosevelt’s TVA project; the Manhattan Project; John F. Kennedy’s space program; and his water management and hydroelectric power projects, such as the great North American Water and Power Alliance (NAWAPA), abandoned after his assassination.

President Kennedy maintained that anything worthwhile must generate benefits two generations hence. This was in strict adherence to the U.S. Constitution’s great Preamble, requiring us to promote the general welfare for “ourselves and our Posterity.”

In 1914, Henry Ford announced a pay raise from $2 a day to $5 a day. This raise was so shocking, that it became a huge international news item. Ford saw the pay raise as a cost-saving measure, which in fact it turned out to be—even more successfully than he had imagined.

The key to increasing productivity was not simply paying his workers more, and reducing their hours; rather, the pay raise and reduction of hours was possible because of their higher productivity. As Henry Ford’s spokesman explained the effect after the fact, increasing the wage of his workers made it possible for them to afford the Model T. As Ford’s heretical approach to paying higher wages was replicated in other industries across the nation, the Model T became affordable to many others.

Increasing the number of Model T purchasers by raising wage levels throughout the country, and simultaneously bringing down the cost of his cars, was necessary for one simple reason: The massive capital investments Ford made which had the biggest effect on cost reduction, required a dramatic growth in the number of cars produced to justify the investment. That is, to make car ownership possible for the average American, Henry Ford had to think on the scale of the U.S. economy as a whole, and transform it.

Significant infrastructure upgrades — the expansion of the infrastructure qualitatively and quantitatively — are made not due to linear projection of current use and demand, but by intended non-linear changes in the functioning of a region or economy as a whole. They do not merely add more of an already-existing capability (more lanes on a roadway, for example). Instead, they provide a new platform of connectivity and productivity.

As an example, consider China’s 22,000 km high-speed rail system (two-thirds of all high-speed rail in the world!) and all built over the past decade. Most of the trips on the busiest lines are trips that would not have occurred without that network. People did not simply arrive earlier; they went somewhere they would not have gone. 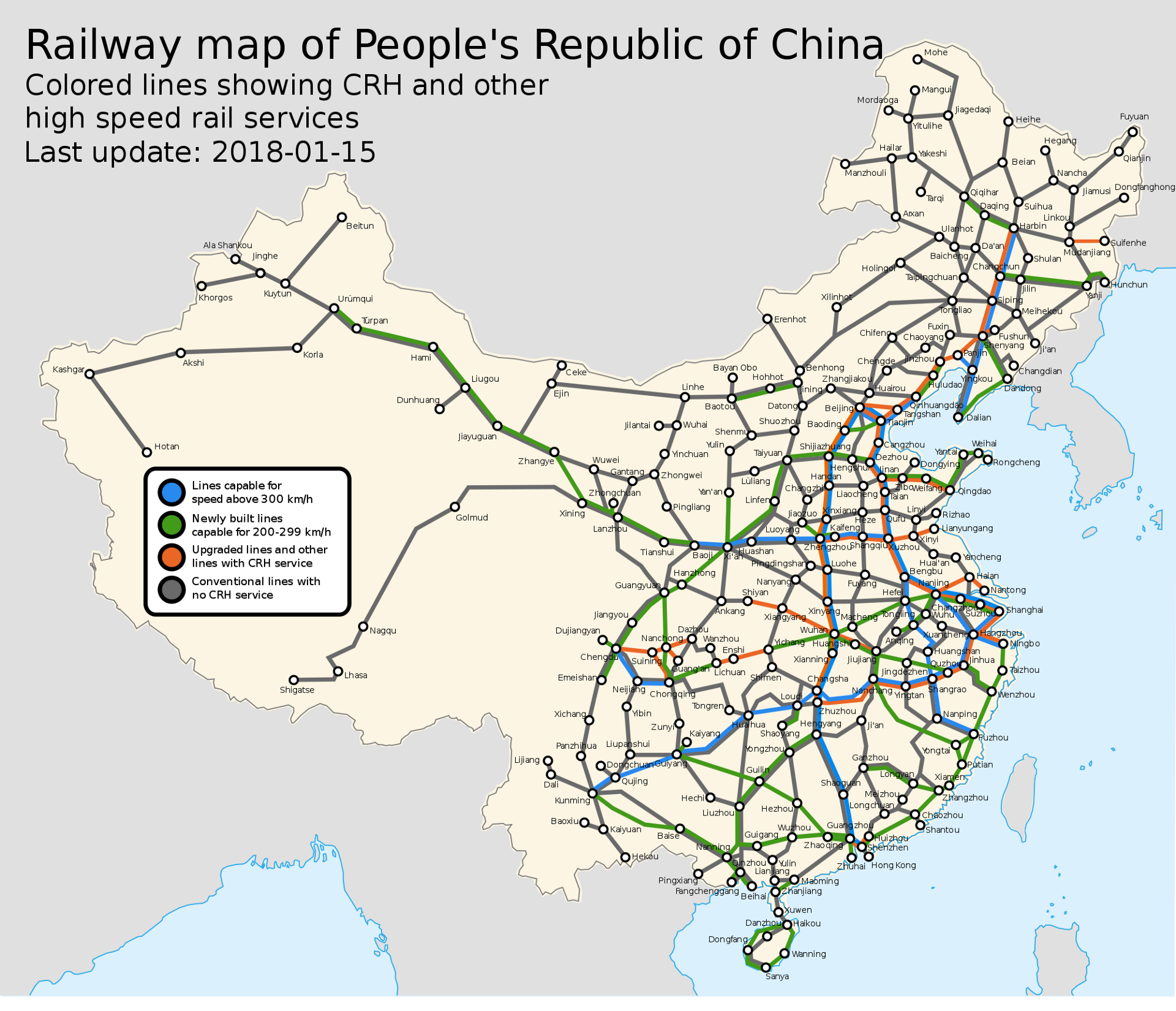 With the rail network in place, the 40-day Spring Festival now involves a mass migration of roughly 385 million travelers, to vacation or visit family. Roads could not possibly handle hundreds of millions of people driving across the country. The rail network changes the social characteristics of the Chinese population, improving the overall geographic connectivity of the country and its people.

Part of China’s current economic vision is the development of city-clusters as integrated economic areas. China’s National Development and Reform Commission has designated certain clusters of cities, such as those in the Beijing-Tianjin-Hebei (Jing-Jin-Ji) region, as interregional city clusters. Rather than building more rings of highways to expand individual, fast-growing megacities such as Beijing, the plan is to supersede the concept of single cities as independent entities by developing larger areas connected by fast, modern transportation, so that someone living anywhere in that region can commute to work anywhere else in the region within one hour.

We have gone from agricultural villages to commercial / industrial towns, to the modern industrial and commercial cities of today, and the next platform of technology allows us to create a new unit of social connection — the megaregion.

Clusters of large cities can thus function in the way that individual metro areas do now, with the added benefit that the labor market for any individual employer or city center is now larger—as large as 50 million people. One of the advantages is the option to concentrate, within each city of the cluster, a particular specialization, whether it be administration, manufacturing, technological development, or something else. A family does not have to choose between living where one spouse’s dream job is, versus another opportunity, but can commute within an hour’s time to any of multiple cities. As a result, more people can be employed in such a way as to maximize their productivity, and their happiness.

The Four New Laws to Save the USA Now >>