LaRouchePAC has lead the fight against Obamacare

Lyndon LaRouche recognized, as early as 2009, that Obama's so-called Affordable Care Act was neither affordable or about healthcare. Instead the ACA took a page from Hilter's T-4 policy, which claimed some lives were "not worthy of living" and, through a state run healthcare system, exterminated large portions of the population by denying access to care. 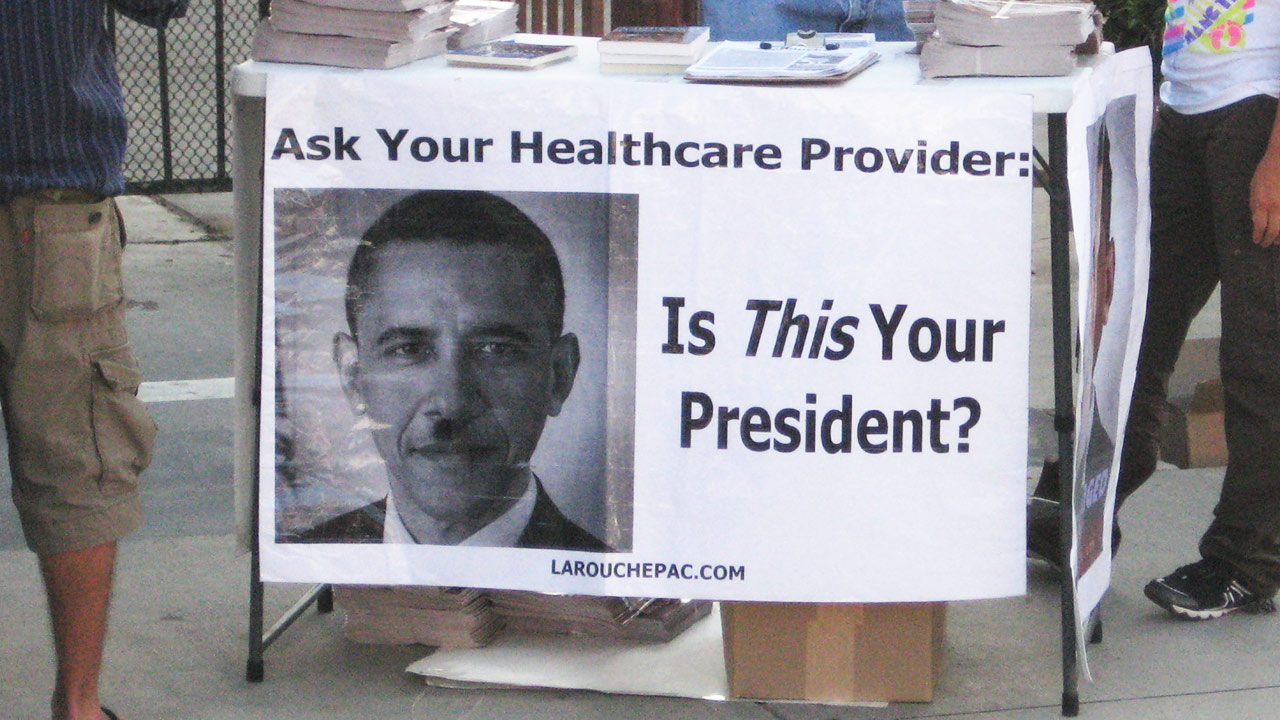 This is Obama's legacy, death, destruction and ruin. For more information on the current healthcare crisis, visit lpac.co/obamas-nazi-healthcare.

Sign up with LaRouchePAC today and we'll send you our blockbuster white paper, "The Drugging of Americans is Deliberate", written by Dr. Debra Freeman.