A recent study suggests that life on Earth may have begun long before we thought: to be precise, around 4.1 billion years ago. This is 300 million years before the previous best estimate, and would indicate that life began shortly after the planet itself formed, around 4.54 billions years ago.

The study done by researchers at UCLA focused on the composition of zircons, formed from molten rocks or magmas, in Western Australia.  Dark specks in these zircons revealed graphite.  As study co-author Mark Harrison pointed out, “Nobody has offered a plausible alternative explanation for graphite of non-biological origin into a zircon.”

In fact, the graphite is older than the 4.1 billion year old zircon.  In addition, it has the same isotopic ratio of Carbon-12 to Carbon-13 which signifies the presence of photosynthetic life.

Study co-author and UCLA Geochemistry professor Mark Harrison had some interesting reflections on the study:

“Twenty years ago, this would have been heretical; finding evidence of life 3.8 billion years ago was shocking… “Life on Earth may have started almost instantaneously,” added Harrison, who is also a member of the National Academy of Sciences.

“The early Earth certainly wasn’t a hellish, dry, boiling planet; we see absolutely no evidence for that,” Harrison said. “The planet was probably much more like it is today than previously thought.”

Harrison’s comments about life on Earth beginning almost instantaneously is reminiscent of some of Vernadsky’s own thoughts, specifically from his 1931 paper “On the Conditions of the Appearance of Life on Earth” which was recently translated into English. 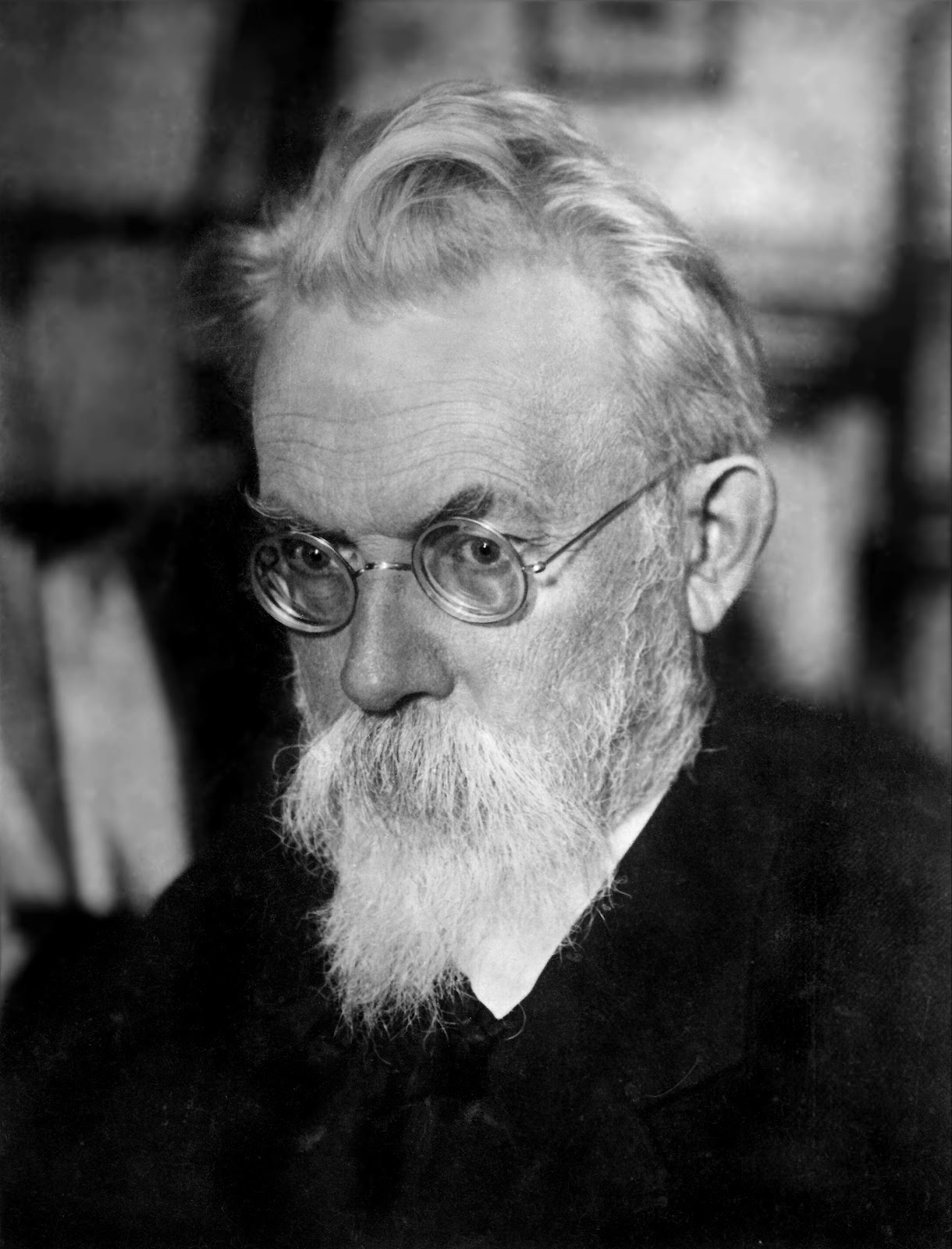 There, Vernadsky argues that to explain to origin of life is, in a sense, to explain an instantaneous process.  Whereas Vernadsky’s intellectual rival Alexander Oparin had argued for a long and gradual development of abiotic processes which could result in the formation of the building blocks of a living thing, Vernadsky argued that we only know of life on Earth as a biosphere, as a system of life, which came into being at once.

The following excerpts from the referenced writing by Vernadsky illustrate his view.  From the introduction:

And then from Section 5:

“All the judgments about the beginning of the biosphere must above all explain the complex, non-homogenous structure of the biopshere, the profound physical difference which separates the spaces of the biosphere occupied by living organisms from those spaces occupied by brute matter. They cannot, on the other hand, admit abiogenesis or the introduction of life by the fact of the appearance of an organism which is morphologically unique, by the appearance of some algae or bacteria, for example, which would be the origin of millions of all species of plants and animals, formed by evolution in the course of geological time. A complex heterogeneity of living forms had to appear simultaneously, which then blossomed into current, living nature.”

And from two of the concluding sections:

“... life outside of the biosphere does not exist; it is an unreal abstraction.

When speaking of the appearance of life on our planet, we have nothing other than the formation of the biosphere in view…

In the chemical structure of the biosphere we are dealing with the living world in its entirety and not particular species. Among the millions of species there is not a single one which can, on its own, fulfill all of the vital geochemical functions, which have existed since the beginning of the biosphere.

Thus the morphological composition of the living world had to be complex since the beginning. The vital functions of the biosphere, the biogeochemical functions, are immutable across geological time. None of them appeared in the course of this time. They all existed simultaneously, and always. They are geologically eternal…

Thus the first appearance of life during the genesis of the biosphere had to produce itself not in the form of some unique species of organism, but in the form of their ensemble, responding to living geochemical functions. Biocenoses had to appear from the outset.”

Interested in reading Vernadsky’s full paper?  You can find it in this compilation: