Join Our Campaign for a New Bretton Woods

Don't be confused by the incoming Democratic House of Representatives and all of the things the mad media says they will do to the President while paralyzing government for the next two years or worse. The spirit of 2016, the revolt in the American population which led to Donald Trump’s election, remains alive and very well within the American population. That is what LaRouche PAC found in our 2018 Campaign to Secure the Future, through our campaigns and our interactions with Americans on both coasts, throughout the Farm Belt, and in the Midwest. This remains true after billions of dollars have been spent in attempts to pacify the American rebels, cage or eliminate Donald Trump, and completely buy the Congress. It remains true after an angry and desperate media campaign that turned American icons—star athletes, most of Hollywood, and former leading political and media figures—into insane and frothing versions of their former selves, engaged 24 hours a day in attacking the American President. It remains true after the British and their allies from the former Obama White House directed a two-year coup against an American President and the people who voted for him, in which they attacked our country and fired the full propaganda and psychological warfare arsenal normally reserved for hostile regime change and small wars internationally. 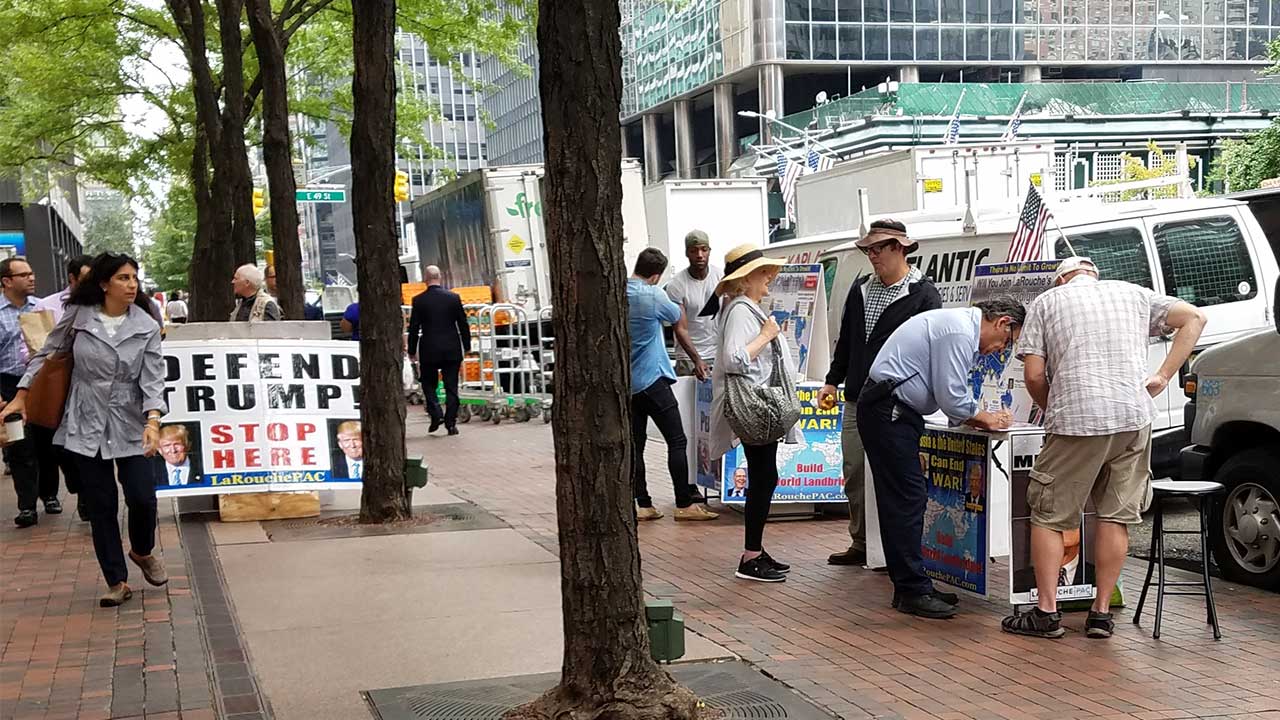 If this movement succeeds in creating the conditions for an economic and cultural renaissance, the post-war British imperial system—the globalist “New World Order”—is finished, and they know it. That is what the ferocious battle taking place in the United States is all about: not coarse public discourse, not name-calling, not racism or homophobia, not authoritarianism, or any of the other ridiculous tags invented by bought politicians or the national media. We intend to recruit to our perspective the nation’s Republicans, Democrats, and independents—farmers, machinists, engineers, scientists, teachers, entrepreneurs, and classical artists—the entire sector of the economy presently engaged or wishing to be engaged in real productive activities. We intend, thus, to provide this President with the popular mandate to accomplish greatness.

Now is the Time to Kick Over the Whole Chessboard

That said, we can’t wait until 2020, as some dream, to finally sort this out with a final electoral drubbing of RESIST by an incensed American population. The time for a victory that kicks over the chessboard and flanks our enemy is now. If we can institute a full-scale economic recovery in the United States, the coup will suffer its most stunning defeat and the beleaguered and suffering population of this nation will win the day. That is why LaRouche PAC has announced the Campaign to Secure the Future 2018-2020. The fundamental platform remains the same: (1) Expose and end the coup against the President and (2) implement Lyndon LaRouche’s Four Laws for Economic Recovery, which are detailed below. 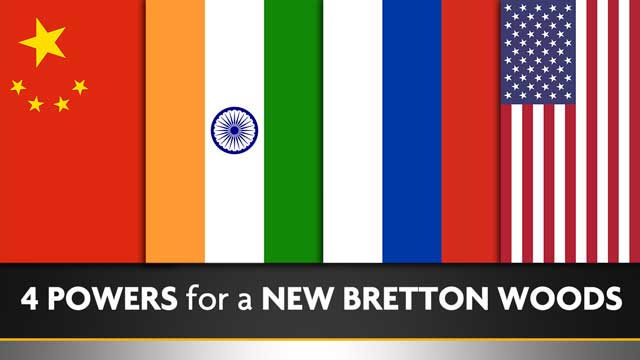 However, we are now adding an indispensable additional element: an all-out drive for an agreement among Russia, China, India, and the United States, along with other major economic or strategic powers, like Japan, for a New Bretton Woods System, to stabilize the world financial system and provide the basis for massive world-wide economic development. This will provide the absolutely necessary jump start for a crash economic program to rebuild the physical economy of the United States, free of globalist currency and other manipulations, while creating the conditions for a world-wide economic renaissance. It will allow us to engage in new and massive productive activities here, like building a complete new and modern infrastructure platform for our economy. At the same time, as a result of the bilateral trade and treaty agreements between participating sovereign nation states now possible under this new stable system of currencies, large amounts of long-term low interest credit can be issued world-wide for technologically progressive projects. We can fully develop the entirety of planet Earth, nearby space, and the Moon, in joint ventures with other nation states, ending the twin scourges of poverty and colonialism, just as Franklin Roosevelt intended with his Bretton Woods system.

Lyndon LaRouche on the principles of nation-building, an excerpt from a November 11, 2009 webcast.

Conversely, the creation of a New Bretton Woods is urgent because the present system is about to collapse and everyone knows it. That is why the imperial globalists have begun putting forth their own versions of a new monetary system, the designs of which would keep these elites firmly in control of the world’s economies. Some involve Lord Keynes and his financial control mechanisms; others involve a new globalist institution totally dedicated to zero population growth and the green technologies appropriate to feudalism.

Lyndon LaRouche has provided us with the Four Laws which can produce the economic recovery of the United States:

The most obvious place to invest the financing available through this long-term credit mechanism and participating private banks is in building a modern infrastructure platform for the U.S. economy, while also creating crash programs to develop fusion and explore near space and the Moon. Since we have damaged our physical economy, and savaged our labor force in the last decades, a crash effort in this respect is urgent if we are to raise productivity and ensure long term growth. New programs in classical education and the sciences and programs drawing our youth into rebuilding the country, akin to the CCC, are necessary elements of this economic thrust. The optimism generated by such a national mission is the best antidote to the drug epidemic and mental instability presently haunting our country, although major rehabilitative and interdiction efforts must also be urgently and ruthlessly undertaken in this regard.

None of this is possible, however, if the present financial system is allowed to continue and suffers its inevitable crash. An uncontrolled collapse will mean the certain unnecessary death and suffering of millions throughout the world. Just like we know how to prevent the fires in California, we know what type of stable financial system will allow for a world-wide economic renaissance, namely, a revived Bretton Woods system among sovereign nation states trading between themselves to massively advance each and every economy and human being in the world.

Will you join us in making this the new reality?

PDF of above text or Read our full statement here (PDF linked).