The Four New Laws to Save the USA Now! Not an Option: An Immediate Necessity

The following policy document was originally authored and published in June 2014. It remains the immediate and indispensable policy necessary to launch an economic recovery of the United States.

The Fact of the Matter 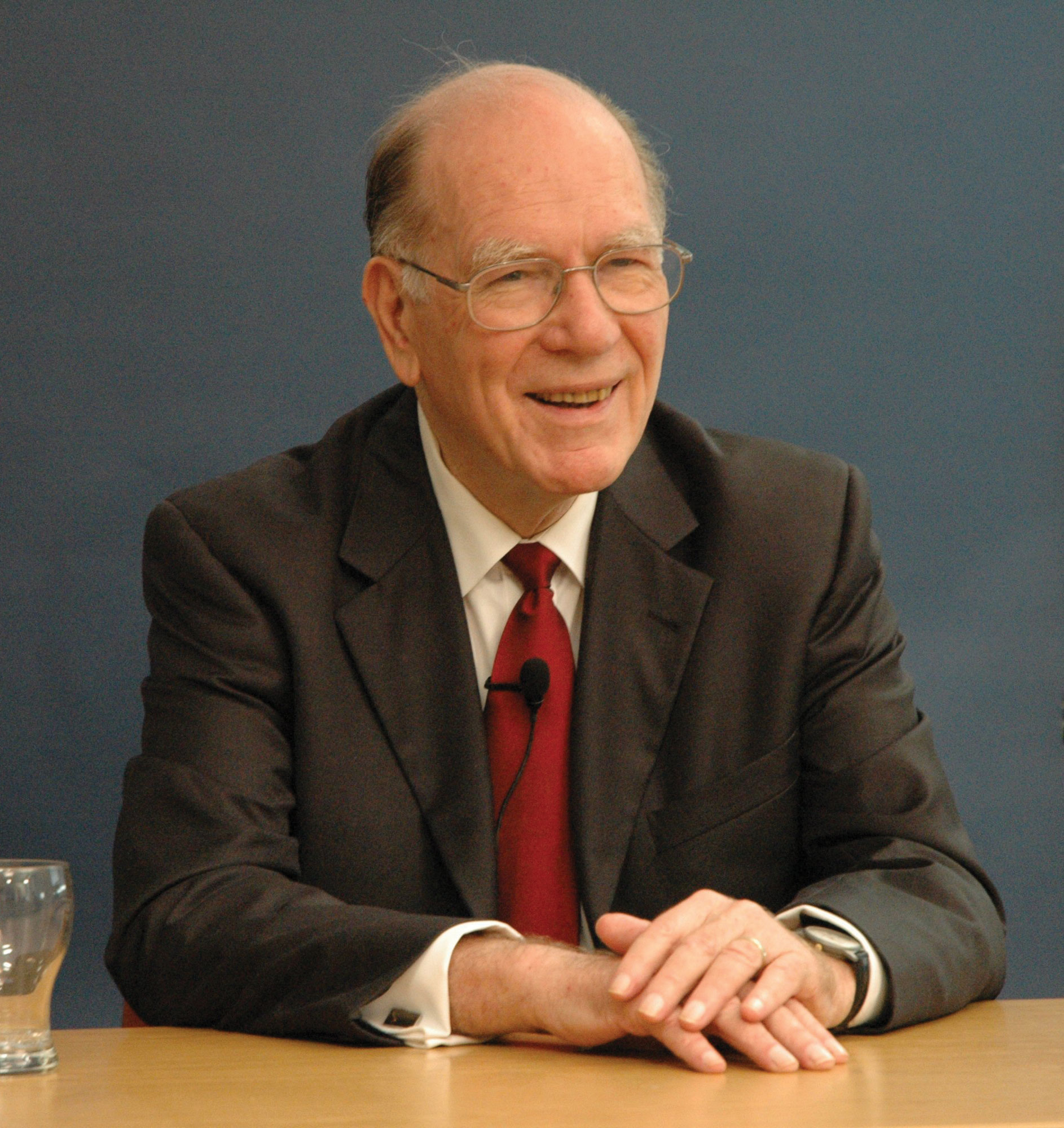 The economy of the United States of America, and also that of the trans-Atlantic political-economic regions of the planet, are now under the immediate, mortal danger of a general, physical-economic, chain-reaction breakdown-crisis of that region of this planet as a whole. The name for that direct breakdown-crisis throughout those indicated regions of the planet, is the presently ongoing introduction of a general “Bail-in” action under the several, or more governments of that region: the effect on those regions, will be comparable to the physical-economic collapse of the post-“World War I” general collapse of the economy of the German Weimar Republic: but, this time, hitting, first, the entirety of the nation-state economies of the trans-Atlantic region, rather than some defeated economies within Europe.

A chain-reaction collapse, to this effect, is already accelerating with an effect on the money-systems of the nations of that region. The present acceleration of a “bail-in” policy throughout the trans-Atlantic region, as underway now, means mass-death suddenly hitting the populations of all nations within that trans-Atlantic region: whether directly, or by “overflow.”

The effects of this already prepared action by the monetarist interests of that so-designated region, unless stopped virtually now, will produce, in effect, an accelerating rate of genocide throughout that indicated portion of the planet immediately, but, also, with catastrophic “side effects” of comparable significance in the Eurasian regions.

The only location for the immediately necessary action which could prevent such an immediate genocide throughout the trans-Atlantic sector of the planet, requires the U.S. Government’s now immediate decision to institute four specific, cardinal measures: measures which must be fully consistent with the specific intent of the original U.S. Federal Constitution, as had been specified by U.S. Treasury Secretary Alexander Hamilton while he remained in office:

For the present circumstances, all other banking and currency policies, are to be superseded, or, simply, discontinued, as follows. Banks qualifying for operations under this provision, shall be assessed for their proven competence to operate as under the national authority for creating and composing the elements of this essential practice, which had been assigned, as by tradition, to the original office of Secretary of the U.S. Treasury under Alexander Hamilton. This means that the individual states of the United States are under national standards of practice, and, not any among the separate states of our nation.

3. The purpose of the use of a Federal Credit-system, is to generate high-productivity trends in improvements of employment, with the accompanying intention, to increase the physical-economic productivity, and the standard of living of the persons and households of the United States.

The creation of credit for the now urgently needed increase of the relative quality and quantity of productive employment, must be assured, this time, once more, as was done successfully under President Franklin D. Roosevelt, or by like standards of Federal practice used to create a general economic recovery of the nation, per capita, and for rate of net effects in productivity, and by reliance on the essential human principle, which distinguishes the human personality from the systemic characteristics of the lower forms of life: the net rate of increase of the energy-flux density of effective practice. This means intrinsically, a thoroughly scientific, rather than a merely mathematical one, and by the related increase of the effective energy-flux density per capita, and for the human population when considered as a whole. The ceaseless increase of the physical-productivity of employment, accompanied by its benefits for the general welfare, are a principle of Federal law which must be a paramount standard of achievement of the nation and the individual.

4. Adopt a Fusion-Driver “Crash Program.” The essential distinction of man from all lower forms of life, hence, in practice, is that it presents the means for the perfection of the specifically affirmative aims and needs of human individual and social life. Therefore: the subject of man in the process of creation, as an affirmative identification of an affirmative statement of an absolute state of nature, is a permitted form of expression. Principles of nature are either only affirmation, or they could not be affirmatively stated among civilized human minds.

Given the circumstances of the United States, in particular, since the assassinations of President John F. Kennedy, and his brother, Robert, the rapid increase required for even any recovery of the U.S. economy, since that time, requires nothing less than measures taken and executed by President Franklin D. Roosevelt during his actual term in office. The victims of the evil brought upon the United States and its population since the strange death of President Harding, under Presidents Calvin Coolidge and Herbert Hoover (like the terrible effects of the Bush-Cheney and Barack Obama administrations, presently) require remedies comparable to those of President Franklin Roosevelt while he held office.

This means emergency relief measures, including sensible temporary recovery measures, required to stem the tide of death left by the Coolidge-Hoover regimes: measures required to preserve the dignity of what were otherwise the unemployed, while building up the most powerful economic and warfare capabilities assembled under the President Franklin Roosevelt Presidency for as long as he remained alive in office. This meant the mustering of the power of nuclear power, then, and means thermonuclear fusion now. Without that intent and its accomplishment, the population of the United States in particular, faces, now, immediately, the most monstrous disaster in its history to date. In principle, without a Presidency suited to remove and dump the worst effects felt presently, those created presently by the Bush-Cheney and Obama Presidencies, the United States were soon finished, beginning with the mass-death of the U.S. population under the Obama Administration’s recent and now accelerated policies of practice.

There are certain policies which are most notably required, on that account, now, as follows:

Vladimir Ivanovich Vernadsky’s systemic principle of human nature, is a universal principle, which is uniquely specific to the crucial factor of the existence of the human species. For example: “time” and “space” do not actually exist as a set of metrical principles of the Solar system; their admissible employment for purposes of communication is essentially a nominal presumption. Since competent science for today can be expressed only in terms of the unique characteristic of the human species’ role within the known aspects of the universe, the human principle is the only true principle known to us for practice: the notions of space and time are merely useful imageries.

The essential characteristic of the human species, is its distinction from all other species of living processes: that, as a matter of principle, which is rooted scientifically, for all competent modern science, on the foundations of the principles set forth by Filippo Brunelleschi (the discoverer of the ontological minimum), Nicholas of Cusa (the discovery of the ontological maximum), and the positive discovery by mankind, by Johannes Kepler, of a principle coincident with the perfected Classical human singing scale adopted by Kepler, and the elementary measure of the Solar System within the still larger universe of the Galaxy, and higher orders in the universe.

Or, similarly, later, the modern physical-scientific standard implicit in the argument of Bernhard Riemann, the actual minimum (echoing the principle of Brunelleschi), of Max Planck, the actual maximum of the present maximum, that of Albert Einstein; and, the relatively latest, consequent implications of the definition of human life by Vladimir Ivanovich Vernadsky. These values are, each relative absolutes of measurement of man’s role within the knowledge of the universe. 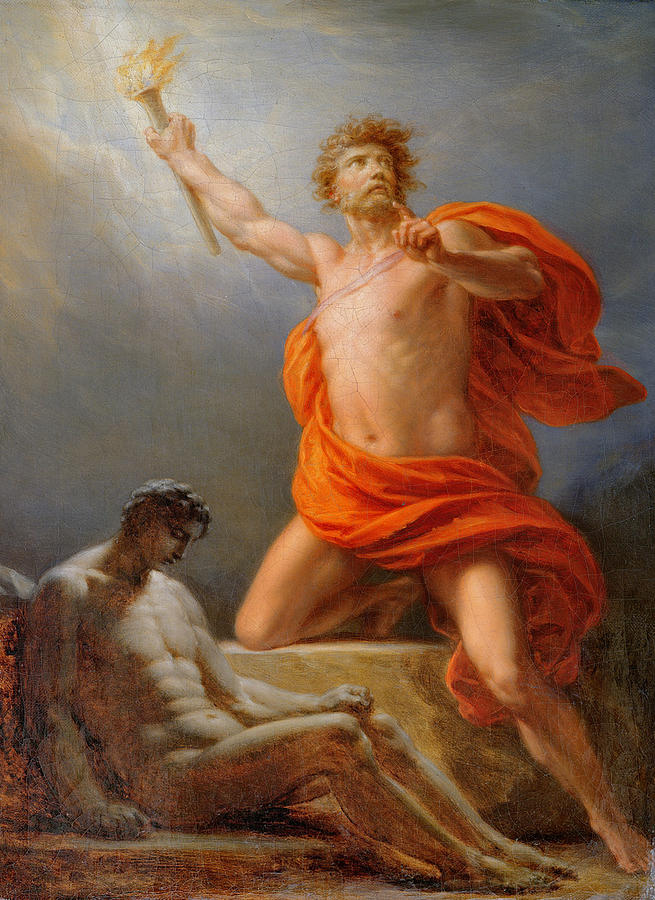 The knowable measure, in principle, of the difference between man and all among the lower forms of life, is found in what has been usefully regarded as the naturally upward evolution of the human species, in contrast to all other known categories of living species. The standard of measurement of these compared relationships, is that mankind is enabled to evolve upward, and that categorically, by those voluntarily noëtic powers of the human individual will.

Except when mankind appears in a morally and physically degenerate state of behavior, such as within the cultures of the tyrants Zeus, the Roman Empire, and the British empire, presently: all actually sane cultures of mankind, have appeared, this far, in a certain fact of evolutionary progress from the quality of an inferior, to a superior species. This, when considered in terms of efficient effects, corresponds, within the domain of a living human practice of chemistry, to a form of systemic advances, even now leaps, in the chemical energy-flux density of society’s increase of the effective energy-flux-density of scientific and comparable expressions of leaps in progress of the species itself: in short, a universal physical principle of human progress.

The healthy human culture, such as that of Christianity, if they warrant this affirmation of such a devotion, for example, represents a society which is increasing the powers of its productive abilities for progress, to an ever higher level of per-capita existence. The contrary cases, the so-called “zero-growth” scourges, such as the current British empire are, systemically, a true model consistent with the tyrannies of a Zeus, or, a Roman Empire, or a British (better said) “brutish” empire, such as the types, for us in the United States, of the Bush-Cheney and Obama administrations, whose characteristic has been, concordant with that of such frankly Satanic models as that of Rome and the British empire presently, a shrinking human population of the planet, a population being degraded presently in respect to its intellectual and physical productivity, as under those U.S. Presidencies, most recently.

Chemistry: The Yardstick of History

We call it “chemistry.” Mankind’s progress, as measured rather simply as a species, is expressed typically in the rising power of the principle of human life, over the abilities of animal life generally, and relatively absolute superiority over the powers of non-living processes to achieve within mankind’s willful intervention to that intended effect.

Progress exists so only under a continuing, progressive increase of the productive and related powers of the human species. That progress defines the absolute distinction of the human species from all others presently known to us. A government of people based on a policy of “zero-population growth and per capita standard of human life” is a moral, and practical abomination.

Man is mankind’s only true measure of the history of our Solar system, and what reposes within it. That is the same thing, as the most honored meaning and endless achievement of the human species, now within nearby Solar space, heading upward to mastery over the Sun and its Solar system, the one discovered (uniquely, as a matter of fact), by Johannes Kepler.

A fusion economy, is the presently urgent next step, and standard, for man’s gains of power within the Solar system, and, later, beyond.