Last week, I had the opportunity to present a picture of the new paradigm represented by the New Suez Canal and World Land-Bridge to an assembly of 45 civil  engineers in Manhattan, as the invited guest lecturer. This was one of series of official “continuing education” lectures that engineers are required to attend several times a year to maintain their state licenses. Many of the attendees enthusiastically became contacts, and at least four reports on our program were sold. In the two-part presentation, with a dinner break in the middle, the Suez Canal expansion project served to set the stage. 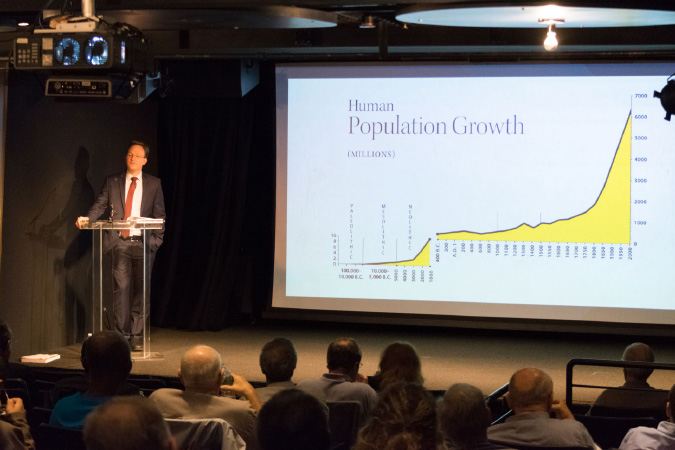 Discussing the Suez Canal project presents both the great optimism of a national commitment to plan an objective first, and figure out funding second, and the remaining challenge of securing a new paradigm of economics to carry out the remaining economic development projects envisioned by the Egyptian government. The presentation was provocative, focusing on international politics, financing, and physical economics, rather than the engineering details that are typical of these meetings. Infrastructure was presented as the platform for bringing the benefits of new technologies into the economy. The value of such physical platforms cannot be measured in terms of user fees or direct payback, but rather must be looked at in terms of setting the groundwork for an entire physical system it enables, including bringing people out of poverty to be able to participate in the discovery process itself. Comparing Egypt, a relatively poor country, which was able to raise $8 billion within two weeks, to the New York area, which has been unable to secure the $23 billion for the absolutely necessary Gateway Project, illustrated the difference between operating from intention versus starting with what seems possible. The lively discussion that followed included some expected technical questions about the parameters of the canal itself, but most of the discussion was on the political concepts raised. There followed a dinner break, during which there was an opportunity to make contacts and speak to the attendees.

The opportunity to make strong polemics and engage the engineers came in the second presentation, focused on the World Land-Bridge in its entirety, and the physical economic concepts of Lyndon LaRouche that guided its creation. Starting with physical economics from the standpoint of potential relative population density, Prometheus's gifts of fire and the ability to know that makes us human, and the higher types of energy flux density that have characterized overall economic and human development, infrastructure could be put in its proper context: as the most important means of translating discoveries into physical action.

From that standpoint, a world tour of the Land-Bridge led the engineers through the world of the future. One interjected in the middle of the presentation, "is this a dream?" He was eager for such projects, but simply couldn’t imagine them being built.

With the big picture on the table, the discussion was animated and voluble. The contrast between what should be and what seems possible came to the fore. Among the interactions:

In the excited discussion that continued afterwards, a third of the attendees signed up as contacts, many quite eager to find ways of collaborating on making this vision a reality, with one suggesting a book tour on the World Land-Bridge report. Additional speaking invitations are expected.