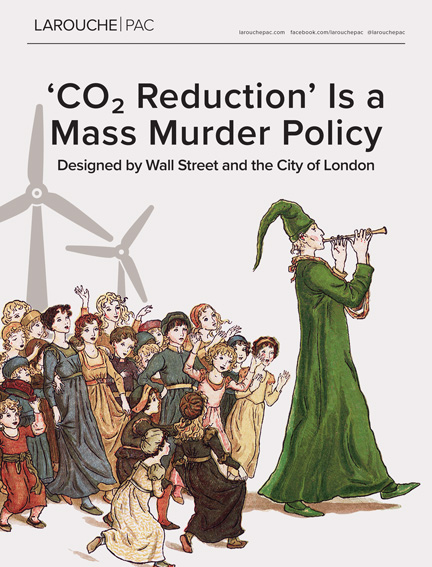 The truth must be told! Climate activism is one of the greatest threats to the future of the human species. Believing themselves to be brave avengers against injustice committed against the Earth itself, millions of people (most unencumbered by anything approaching a detailed understanding of the much-cited “science” of climate) have taken to the streets and other fora to demand radical changes in human life, changes whose actual effects would be devastating to the people of the world.

This report is written to expose and counteract this grave danger to the continued survival of the human species—the climate change narrative, which, to varying degrees, claims that rapid, dramatic, extremely costly changes to human activity must be made in order to avert catastrophic changes to the climate.

Here, the LaRouche PAC dissects the climate change catastrophe narrative, showing that its origins lie not in science, but in politics; that its greatest promoters are not socialists or concerned youth, but rather the greatest centers of financial power—Wall Street and the City of London; that the supposed existence of a scientific “consensus” fades when challenged; that proposed means of achieving zero net carbon will impose devastating social costs worldwide, with particularly harmful effects upon those living in the world’s least developed areas; and that with ambitious programs for exploration and discovery in space and in nuclear fusion, there are no fixed limits to human growth!

As Lyndon LaRouche emphasized throughout his life, human beings are not animals, and no insight derived from the study of animal ecology can be directly applied to our species. Other forms of life have limits to the resources available to them and are subject to barriers in their population growth—such as a lack of resources or increased predation. But human beings are the only known form of life to create new resources.

Several examples illustrate the case. Before the bronze age, the mineral malachite was used as a blue-green paint. With the discovery of metallurgy, it became a resource for the creation of metals. Petroleum, which today powers the great majority of forms of transportation, was no resource at all before the development of the engines and economy that enabled it to be used. Before the nuclear era, uranium was used to tint glass. Now it is able to produce power with orders of magnitude less mining and material than the production of coal, oil, gas, windmills, or solar panels. Even the food we eat today has been shaped by generations of our forebears, whose cultivation of these plants made them into the nutritious resources they are today.

Over historical time, individual modes of human economy have run up against internal limits, while the characteristic of the human species as a whole has been to repeatedly surpass these limits. The unique human ability to discover principles whose relationship to the universe is that our knowledge of 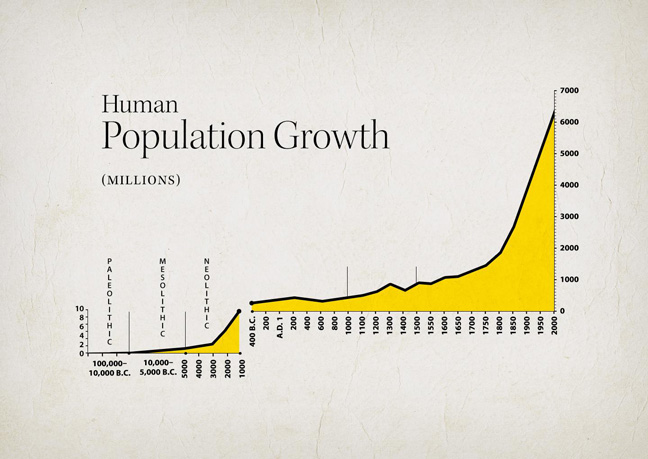 them allows us a greater power to achieve new things in that universe, is the source of human advancement. And the only form of growth that can truly be considered “sustainable” over the coming centuries, is growth based upon setting goals for the achievement of new fundamental discoveries. This is the means by which any current limits to our development may be overcome, through the creation of entirely new resources, redefining our relationship to the physical world.

Over one billion of our fellow human beings lack reliable access to electricity. A similar number lack adequate sanitation, including water supply and wastewater treatment. Many hundreds of millions live in absolute poverty—including in the United States.

Is it right to deny development to billions of people, by forcing nations to spend many times more of their meager development funds on expensive wind and solar projects? Can we secure a beautiful future while at the same time making poverty permanent?

There is something very wrong with any notion of sustainable development which takes, as its starting point, a fixed limit to resources and a need to accommodate to that limit by slowing consumption, thereby preventing economic development.

Preventing development is the modus operandi of empire, and the financial empire of today, headquartered in London, is going all-in on the climate change scare, seeking to stop development, while channeling more of the world economy to their purposes through their control over “green finance.”

Use the facts and aspirations presented here to mobilize your community, the nation, and the world onto a path of full economic development, the absolute elimination of poverty within a decade, and joint work on our common future in space!

Green Finance: What Kind of ‘Green’?

The escalating push for a transition to a “sustainable economy” can only be understood in the context of the utter bankruptcy of the global financial system.

The same billionaires who aim to make large profits with so-called “green finance” schemes for high-tax, high-cost “renewable energy” technologies, have been mobilized to finance the green movement. Here is a sampling.

The Imperial, Racist Roots of the ‘Green’ Movement

At the end of World War II, the British Monarchy launched a revival of the very same policies of race science and population genocide that had produced the Nazi euthanasia and the death camps. The revival of the eugenics movement came loosely veiled under the names of “ecology” and “conservation.”

Are There ‘Limits to Growth’?

Lyndon LaRouche was the leading anti-Malthusian of the last 50 years. As a veteran of World War II, in which his generation fought bravely to defeat the fascists who had perpetrated mass genocide, LaRouche warned that the environmentalist movement which emerged in the decades following that war was in fact nothing other than genocide in a new guise.

There Is No Climate Emergency

As the United Nations Climate Action Summit 2019 got underway, 500 prominent scientists and professionals from around the world submitted what they called the European Climate Declaration, insisting that “There Is No Climate Emergency.”

Taking on the Green Agenda

LaRouche activists have been using techniques as they intervene at campuses, set up tables at post offices, and challenge the green narrative publicly at town hall meetings across the country, giving courage to those in agreement, and provoking those who have not yet heard “the other side” to think.

The History of Climate Scares

The failure to consistently predict more warming than has actually occurred, shows that relying on these models to create policies that would redirect literally tens of trillions of dollars and impose significant physical, personal costs on people, especially in developing countries, is a mistake.

Looking at the activity of proponents of the man-made climate change catastrophe narrative, we are led to ask about their apparent methodology — if the experimental or observational data do not match the model, why not just change the data?

What Does Cause Climate Change?

Over the past one million years, changes in the eccentricity of the Earth’s orbit around the Sun match the periodic climate changes from ice ages to relatively brief interglacial periods.

The Cost of Decarbonization: Dead Babies

To bring the entire world up to the electricity levels of the European Union—as part of absolutely eliminating poverty and providing opportunities worldwide, within one generation—would require doubling global electricity use. It would be the height of hypocrisy for anyone claiming to be concerned about our common future to deny energy to a world in need!

The World Needs the Exoneration of Lyndon LaRouche

In the name of human progress, and human decency, we call for scientists, academics, and thinkers, to respectfully request of the President of the United States, Donald Trump, that the 1988 conviction of physical economist Lyndon LaRouche be re-evaluated, overturned, and that Lyndon LaRouche be exonerated.

For an Economic Renaissance of Humanity & the Exoneration of Lyndon LaRouche

If we are to get out of the currently escalating crisis, in which everything seems to be spinning out of control, we need to change our entire way of thinking. We need to find a point of reference from which we can reappraise all our assumptions about mankind and the universe we inhabit, and examine their validity. This point of reference is space research and space travel.