The Campaign to Exonerate Lyndon LaRouche

The 1989 jailing of Lyndon LaRouche defined an era, which now must end—we call upon President Trump to exonerate LaRouche!  Click here to sign the petition (see prominent petition signers). 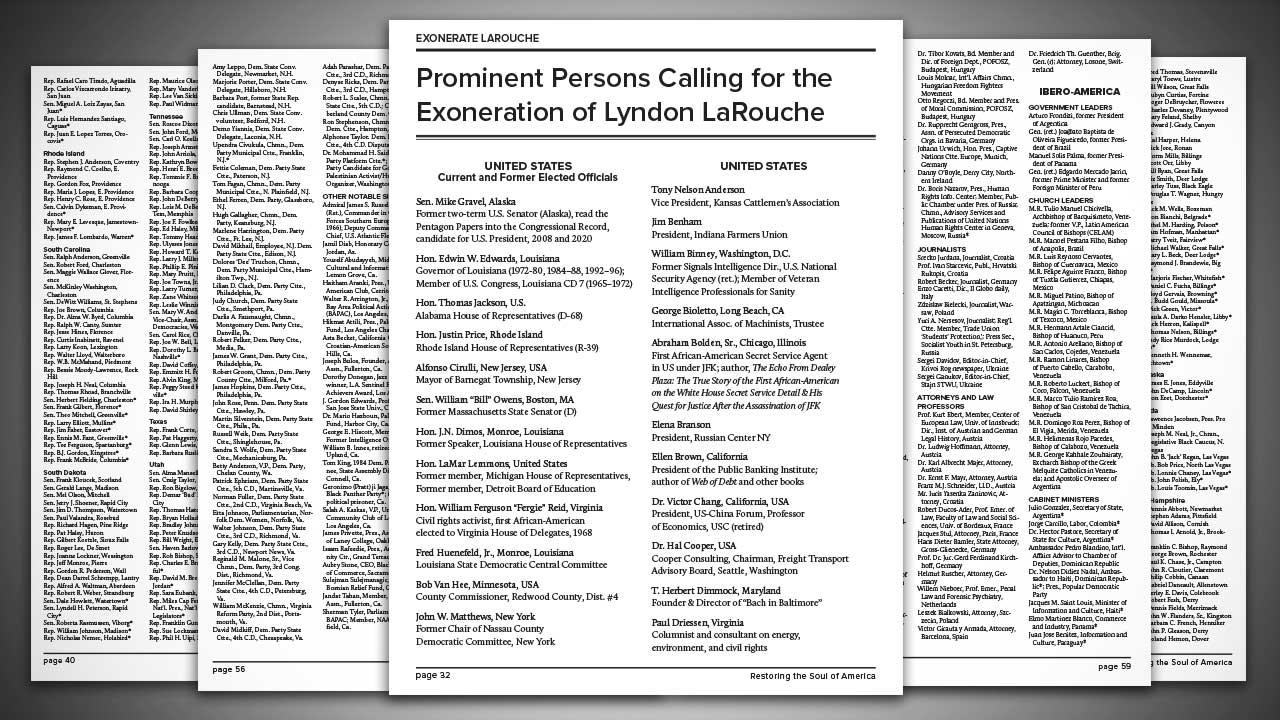 VIDEO: VIP Exoneration Signers In Their Own Words

Restoring the Soul of America—Exoneration of LaRouche 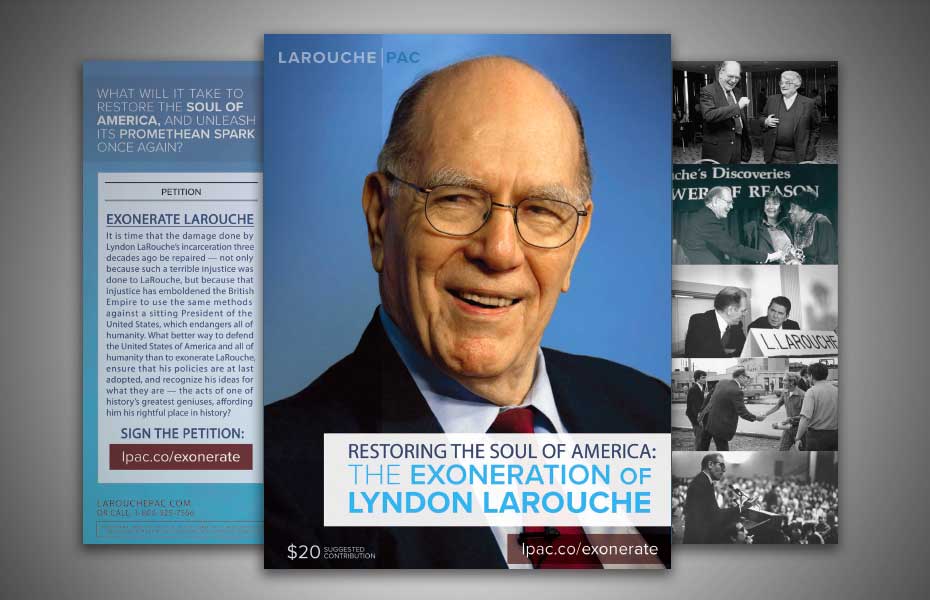 "There is no one in the history of the United States to my knowledge, for whom there is a greater discrepancy between the image crafted by the neo-liberal establishment and the so-called mainstream media, through decades of slanders and covert operations of all kinds, and the actual reality of the person himself, than Lyndon LaRouche. And that is saying a lot in the wake of the more than two-year witch hunt against President Trump. The reason why the complete exoneration of Lyndon LaRouche is synonymous with the fate of the United States, lies both in the threat which his opponents pose to the very existence of the U.S.A. as a republic, and thus for the entire world, and also in the implications of his ideas for America’s future survival."

1. Helga Zepp-LaRouche: For the Exoneration of the Most Beautiful Soul in American History

3. Background: The Fraudulent Prosecution of LaRouche