A Call to Veterans to Support President Trump: 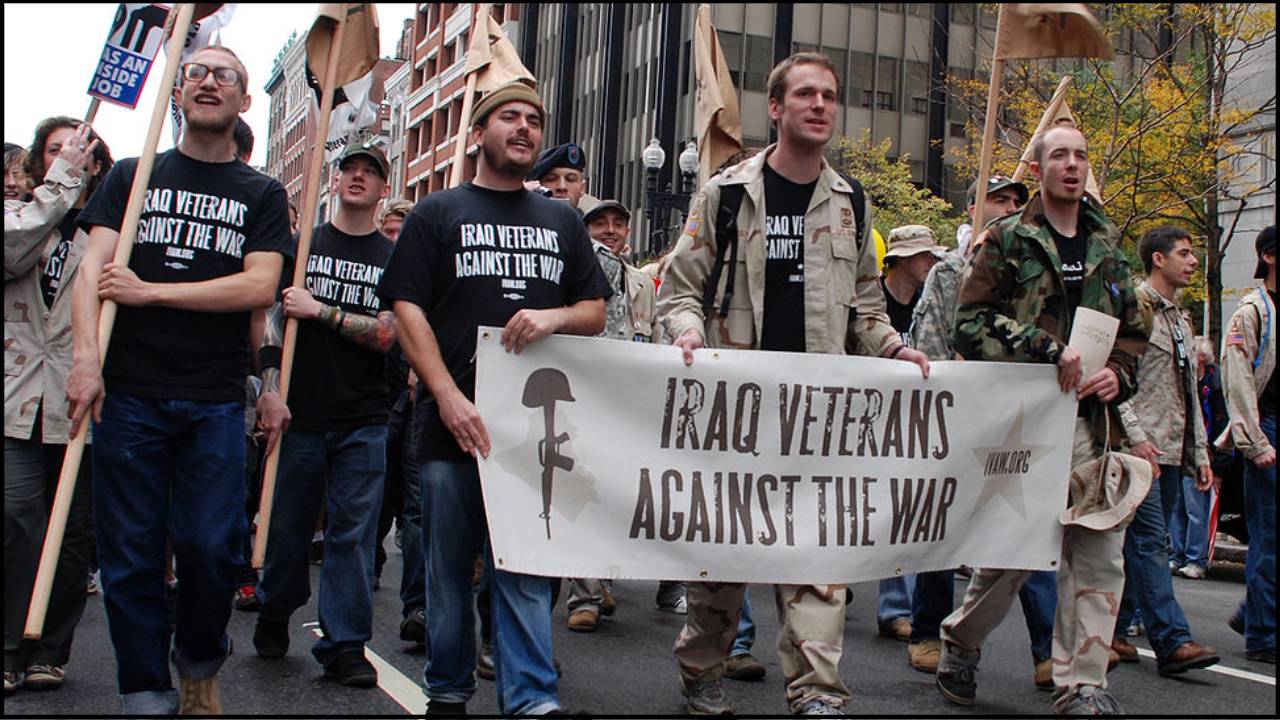 Win the Peace Through Development at Home and Abroad

“She (America) goes not abroad in search of monsters to destroy.” —John Quincy Adams, July 4, 1821

PDF of this petition

The courageous determination of President Trump to end “these ridiculous endless wars” in South West Asia, represents a huge step toward laying a foundation for peace through cooperation and development of all nations.

The President inherited a post-9/11 Bush/Obama policy of regime-change wars, which served only the strategic interests of the centuries-old British Imperial Great Game of Geopolitics: a divide and conquer strategy which generated two World Wars and a 44-year Cold War.  The end of the Soviet empire in 1989-91 finally allowed for Eurasian development as the basis for world peace.

This potential for development was proposed and fought for passionately by the movement of Lyndon and Helga LaRouche. Instead, the Anglo-American unipolar New World Order of the British Empire generated a series of endless interventionist wars and “color revolutions” in numerous countries, specifically to prevent the true development which had then become possible.

President Trump has now broken out of the box of the Geopolitical-Imperial game, once again raising the potential for a durable peace. Read his words from his October 7-9, 2019 public statements:

"The United States was supposed to be in Syria for 30 days, that was many years ago. We stayed and got deeper and deeper into battle with no end in sight.  When I arrived in Washington, ISIS was running rampant in the area. We quickly defeated 100% of the ISIS Caliphate...the Kurds fought with us, but were paid massive amounts of money and equipment to do so. They have been fighting Turkey for decades. I held off this fight for almost three years, but it’s time for us to get out of these ridiculous endless wars, many of them tribal, and bring our soldiers home....

“Now if we go by the theory that some of the Washington folks go by - who all do very well with the Military Industrial Complex...Dwight Eisenhower had it figured right many years ago. It’s got tremendous power; they like fighting. They make a lot of money when they fight... But it was time to bring our soldiers back home...the hardest thing I have to do by far, much harder than the witch hunt, is signing letters to parents of soldiers that have been killed...it’s so devastating for the parents. And this is on these endless wars that just never stop. And there’s a time and there’s a place, but it’s time to stop.

“I campaigned on the fact that I was going to bring these soldiers home, and bring them home as rapidly as possible.

“The United States has spent 8 trillion dollars fighting and policing in the Middle East.  Thousands of our great soldiers have died or been badly wounded. Millions of people have died on the other side. Going into the Middle East is the worst decision ever made in the history of our country! We went to war under a false and now disproven premise, weapons of mass destruction. There were none. Now we are slowly and carefully bringing our soldiers and military home. Our focus is on the big picture!”

Although the situation on the ground in northern Syria is very much in flux,  the potential for ending the war in Syria and beginning to resolve other historical hot spots in East Asia and Southwest Asia—all created by the British Empire—is well under way.

Consider the consequences of these wars on our veterans and their families. We have 2.77 million veterans since 9/11.  There are 20-22 suicides per day among veterans from the complications of PTSD, the opioid epidemic, broken families, a loss of productive jobs, and a culture of despair.  Like the Vietnam generation, these no-win wars launched since 9-11, combined with the absence of a national higher mission have created a no-future generation for our youth.

Has the media told you anything like this, or just that Trump is a corrupt treasonous monster?  What about the City of London and Wall Street’s war party of neo-lib and neo-con Congressmen who continue to betray the welfare of the American people? The mainstream media is nothing but a subsidiary of the same intelligence agencies which failed on 9-11, then falsified intelligence to create these endless wars, and now carry out a treasonous witch hunt and attempted coup against the elected President of the United States when he tries to end them.

We have seen and endured the horrors of war. We have been betrayed by a War Party of so-called political leadership and its Military-Industrial Complex who perpetuate these wars while also failing to develop strategies to win the peace.

When JFK organized America to develop the Apollo Project, he famously said, “That goal will serve to organize and measure the best of our energies and skills, because that challenge is one that we are willing to accept, one we are unwilling to postpone, and one we intend to win.”

Give us the mission of building our country. We are builders, not bombers. Discoverers, not destroyers. Let us use our energies and skills in Project Artemis. Let us win the challenge of the future.

President Trump: we support your historic mobilization to end these endless wars, and to address the continuing devastation to our veterans, their families, and communities.

Toward that end, we urge you,  President Trump, to act for the long overdue exoneration of Lyndon LaRouche, and secure justice and greater leverage for his ideas. His decades-long organizing for a US/Russia/China/India alliance of leaders to defeat British geopolitics, and catalyze international development, along with his Four Laws for economic and scientific progress can uniquely reestablish the immortal historic mission, and the quality of morality, which give meaning to our sacrifices and our lives.