The American System vs. The British Empire

You've heard them called the "elite," the "establishment," the "deep-state," and the "military industrial complex." So why does LaRouche refer to the principle enemies of civilization as the British Empire? Because, it's more than a secretive group of people controlling global policy in some back room; it's a philosophical outlook, which has survived for centuries, and which the United States was founded to defeat. The great U.S. Presidents and statesmen understand this, regardless of party. Lyndon LaRouche was one of these statesmen. Take a moment and learn what politicians, universities, and the mainstream media will never tell you about the true legacy of the United States.

It was President Franklin Roosevelt's abhorrence to the British Empire's post-war imperial aims, and seeing first hand how the British treated their colonial subjects while serving during WWII in Burma, which inspired Lyndon LaRouche's mission to put an end to imperialism, be it economic, political, or philosophical. For LaRouche, the basis of nearly all human conflict comes down to the difference in outlook between the bestial view of man, promoted throughout history by empires to subjugate mankind, vs. its true antidote: the revolutionary view of man as a creative species, the true basis of the American System of Political Economy.

A short excerpt from Elliot Roosevelt's 1946 As He Saw It, sums up the issue then, and today,

Franklin Roosevelt: "I am firmly of the belief that if we are to arrive at stable peace it must involve the development of backward countries. Backward peoples. How can this be done? It can't be done, obviously, by eighteenth-century methods."

Franklin Roosevelt: "Whichever of your ministers recommends a policy which take wealth in raw materials out of a colonial country, but which returns nothing to the people of that country in consideration. Twentieth-century methods involve bringing industry to these colonies. Twentieth-century methods include increasing the wealth of a people by increasing their standard of living, by educating them, by bringing them sanitation—by making sure that the get a return for the raw wealth of their community."

When FDR died, the United States fell back under the lead of the British Empire, who viewed Roosevelt as a temporary road block. They continued their strategy of divide and conquer, using wars and global finance to dominate the global landscape. This, LaRouche understood, and was able to provide flank after flank to any government, including the United States, who wished to defend their sovereignty. In this 3 minute excerpt, LaRouche describes how empire works today.

For many years LaRouche was the only U.S. statesman who had the insight and guts to identify the British Empire as the lead player representing the interests of the war and financial establishment worldwide. And as long as they could keep Lyndon away from the U.S. Presidency, they assumed they were safe, and they were, until 2016. President Trump, it appears, has made some serious enemies in London. Perhaps it is because he called for a return to the American System by name in March 2017. Or perhaps it's because in his own way, Trump recognizes, as Washington, Quincy Adams, Lincoln, Roosevelt, LaRouche and others have, that if the British cannot control us through war and finance, they, as an empire, cease to exist.

"Two systems are before the world, 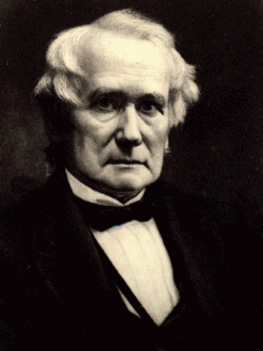 One looks to pauperism, ignorance, depopulation, and barbarism; the other in increasing wealth, comfort, intelligence, combination of action, and civilization. One looks towards universal war; the other towards universal peace. One is the English system; the other we may be proud to call the American system, for it is the only one ever devised the tendency of which was that of elevating while equalizing the condition of man throughout the world.

"Such is the true mission of the people of these United States.... To raise the value of labour throughout the world, we need only to raise the value of our own.... To improve the political condition of man throughout the world, it is that we ourselves should remain at peace... To diffuse intelligence and to promote the cause of morality throughout the world, we are required only to pursue the course that shall diffuse education throughout our own land, and shall enable every man more readily to acquire property, and with it respect for the rights of property. To substitute true Christianity for the detestable system known as the Malthusian, it is needed that we prove to the world that it is population that makes the food come from the rich soils, and food tends to increase more rapidly than population, thus vindicating the policy of God to man."

Watch the documentary over a million people have watched, LaRouchePAC's 1932: A True History of the United States. The real history of the U.S. is not one of Republicans vs. Democrats. It's a story of true patriots vs. foreign agents of influence, trying to subvert the founding mission of the United States through slavery, Wall Street, and warfare. A story whose chapters are still being written.

Explore the incredible archive of LaRouche's writings for more on the history of empire, and the revolutionary fight throughout history and across civilizations of the statesmen, scientists, artists, and citizens who have joined forces over time to defeat it.