(3) The purpose of the use of a Federal Credit-system, is to generate high-productivity trends in improvements of employment, with the accompanying intention, to increase the physical-economic productivity and the standard of living of the persons and households of the United States.

How are productivity and value defined in a science of physical economy, and what role does basic economic infrastructure play?

Only the human species can act on its own to expand its “carrying capacity,” the maximum number of individuals that can live in a given area, by overcoming momentary ecological boundaries and limitations through scientific discoveries and their applications in the form of technologies. Lyndon LaRouche’s early-1950s fundamental discoveries in economics led him to use the concept of “potential relative population density” as a metric for this uniquely human form of progress. Scientifically accurate notions of economic value and productivity can only be defined with respect to increasing the potential relative population density of a society.

A New Concept of Infrastructure

The standard conception of “infrastructure” among economists and policy makers is severely limited. In 2010, Lyndon LaRouche redefined the true meaning of economic infrastructure from the standpoint of his science of physical economy—upgrading the standard outlook which pervades the “roads and bridges” conception of infrastructure, to that of a notion of the economic platform, of the creation of an environment in which a society’s economic activity occurs. He wrote: 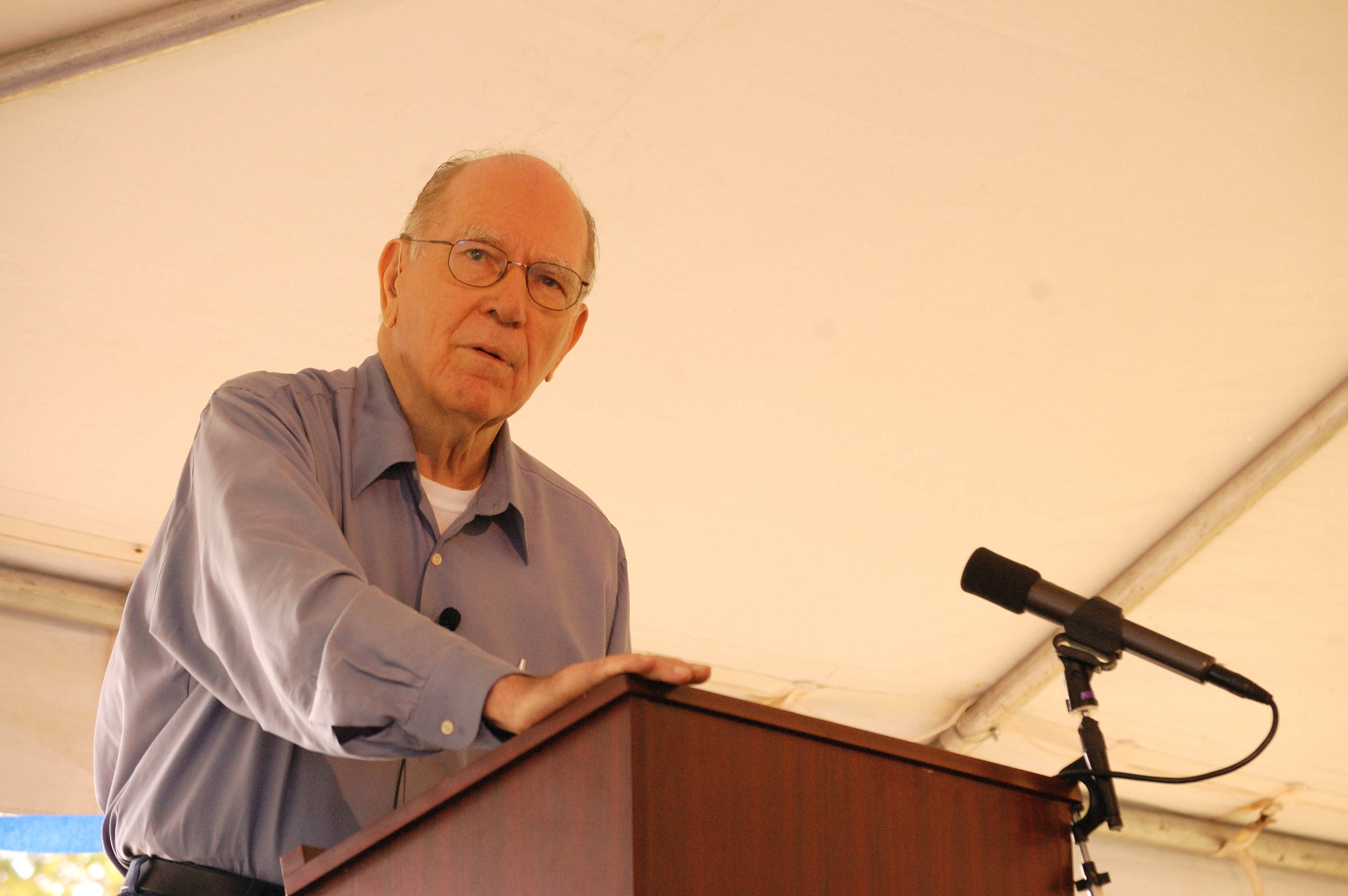 "We should then recognize that the development of basic economic infrastructure had always been a needed creation of what is required as a “habitable” development of a “synthetic,” rather than a presumably “natural” environment for the enhancement, or even the possibility of human life and practice at some time in the existence of our human species… Man as a creator in the likeness of the great Creator, is expressed by humanity’s creation of the “artificial environments” we sometimes call “infrastructure,” on which both the progress, and even the merely continued existence of civilized society depends."

"Ordinarily, the idea of “productive” is associated with the output of labor by production. That is an honest mistake in judgment. The fact of the matter is, that the precondition for the rise of cultures to revolutionary changes to higher qualities of regions of sustainable, potential relative population-density, depends on virtual leaps in potential relative, human population-density which, in turn, require a higher quality of physical-cultural “platform” within which to operate…"

"In other words, the level of achievable productivity depends upon raising the “platform,” through revolutions in infrastructure, on which successful general advances in potential relative population-densities depend. Without those advances in basic economic infrastructure, merely particular technological progress locally applied will fail in attempted performance of the truly vital mission of physical-economic program, failing for lack of the progress in advancement of the quality of the infrastructural platform on which the success of the society as a whole depends."

Infrastructure is not simply a faster or cheaper way of getting from here to there, or of providing electricity at a lower cost. Only when considered as a totality, as a platform for development, as an environment in which economic activity occurs, can its true meaning be understood. Rebuilding crumbling infrastructure, while needed in many cases, is not the basis of a recovery, or of a new platform of productivity.

Rather, the launching of a more advanced infrastructure system, intended as a basis for a higher level of overall functioning, would focus on the highest technologies: high-speed and magnetic levitation rail systems, nuclear power and the development of commercial nuclear fusion, and the top-down management of the continental water cycle as a whole. New technologies, mediated via a national system of public works, allow a new level of economy overall, which in turn provides the platform for further technological development. Thus, the continuous upgrading of the technologies available to the nation generally, allows for the progressively higher qualitative platforms of economic activity of society as a whole.

Around the world, a new paradigm of great projects and economic development is now emerging. The New Silk Road being built by China and other nations across the globe, is rapidly pulling nations previously plagued by extreme poverty up to modern levels of technology and standards of living. Were the United States to join this new paradigm of development by joining hands with these nations in great project development, the New Silk Road would truly become the World Land-Bridge—a globally integrated economic platform. Given the collapse of skilled labor and manufacturing capacity in the United States, partnering with key nations will be critical to a rapid and successful recovery program.

Pillars of a New Platform

Let us consider the technologies needed today to construct a new economic platform for a revitalized, re-industrialized United States, integrated into the great New Silk Road. Revolutionary new technologies in power generation, water management, transportation, and agriculture, will create the new economic platform necessary for moving our nation and mankind into the future of becoming a space-faring species.

Energy Flux-Density & Power: When higher levels of power per capita and per square kilometer can be created at the same relative physical cost to society, the cost for existing applications is lowered, new processes with higher total power requirements become economical, and new physical reactions, associated with new domains of physical chemistry, become possible. This was seen in the electrochemical revolution, whereby previously inaccessible or enormously expensive materials (such as aluminum) were made a common part of production, and where the new principles of electromagnetism themselves replaced the simple motion of the steam engines they supplanted, as in today’s computer-controlled machining, electron-beam welding, and electric discharge machining.

This next level requires a crash effort for the full realization of the long-delayed nuclear economy, starting with mass production of cheaper and safer fourth-generation nuclear fission reactors (including the medium-term development of the thorium fuel cycle), and moving rapidly to the development of nuclear fusion. While stagnant use of existing resources depletes them, the development of higher levels of energy allows the creation of new resources.

Water: Water is the most ancient among the resources created by human beings, through the irrigation and dams of the ancient past, and through the future potential of large-scale water transfer, desalination, and weather modification projects. By adopting a continental-scale approach, with new technologies and scientific principles at our disposal, we can ensure the North American water cycle provides ample water for growing economic and biospheric needs.

Instead of hoping that rain will fall, we can mimic the cosmic-ray influences on cloud nucleation and improve the weather. Rather than looking forlornly at the ocean while lacking fresh water for human use, we can desalinate. We need not look with powerless dismay at the imbalance of over-abundant water in the Northwest and droughts in the southwestern regions. The grand design of the North American Water and Power Alliance (NAWAPA) would divert 5% to 10% of the abundant freshwater runoff where it is in excess, and transfer it to drier climes.

Existing water shortages and mounting water crises, typified by the conditions of California and the High Plains Ogallala Aquifer, will be overcome, and new territories will be opened for development.

Transportation: A modern high-speed and magnetic levitation rail system does more than increase speed and convenience of transportation: It changes the entire physical-economic space-time characteristics of the economic system. More extensive areas become accessible in less time, ensuring more diverse population centers, manufacturing capabilities, and agricultural regions can be economically accessible to the individual or productive process. The nineteenth-century construction of the railroads did much more than make shipping faster and cheaper: they allowed new types of production to occur, made otherwise useless resources viable, and sped the social interchange of ideas and people in the nation. Looking to the future, advanced systems of vacuum tube transport could provide supersonic access between select regions.

In order to integrate the North American continent into the modern rail systems now being built across Eurasia, a transport connection across the Bering Strait must be constructed. This approximately 55-mile gap between Alaska and Siberia can be bridged by means of tunnels, joining the two great continental landmasses of the planet into a single, intercontinental transport rail system.

The Development of the Population

A unified integration of these leaps in power, water, and transportation systems defines a new economic platform for higher levels of physical productivity across the entire territory. The entirety of the able-bodied population must be engaged in this program (whether directly or indirectly). Those with existing skills will be provided opportunities to apply their capabilities; those with the capability to learn and develop the needed skills will be provided with training and apprenticeship programs; and those in the most need will be provided with rehabilitation programs shaped to break cycles of drug use, criminal activity, and incarceration, and vector these sections of the population back towards productive work. 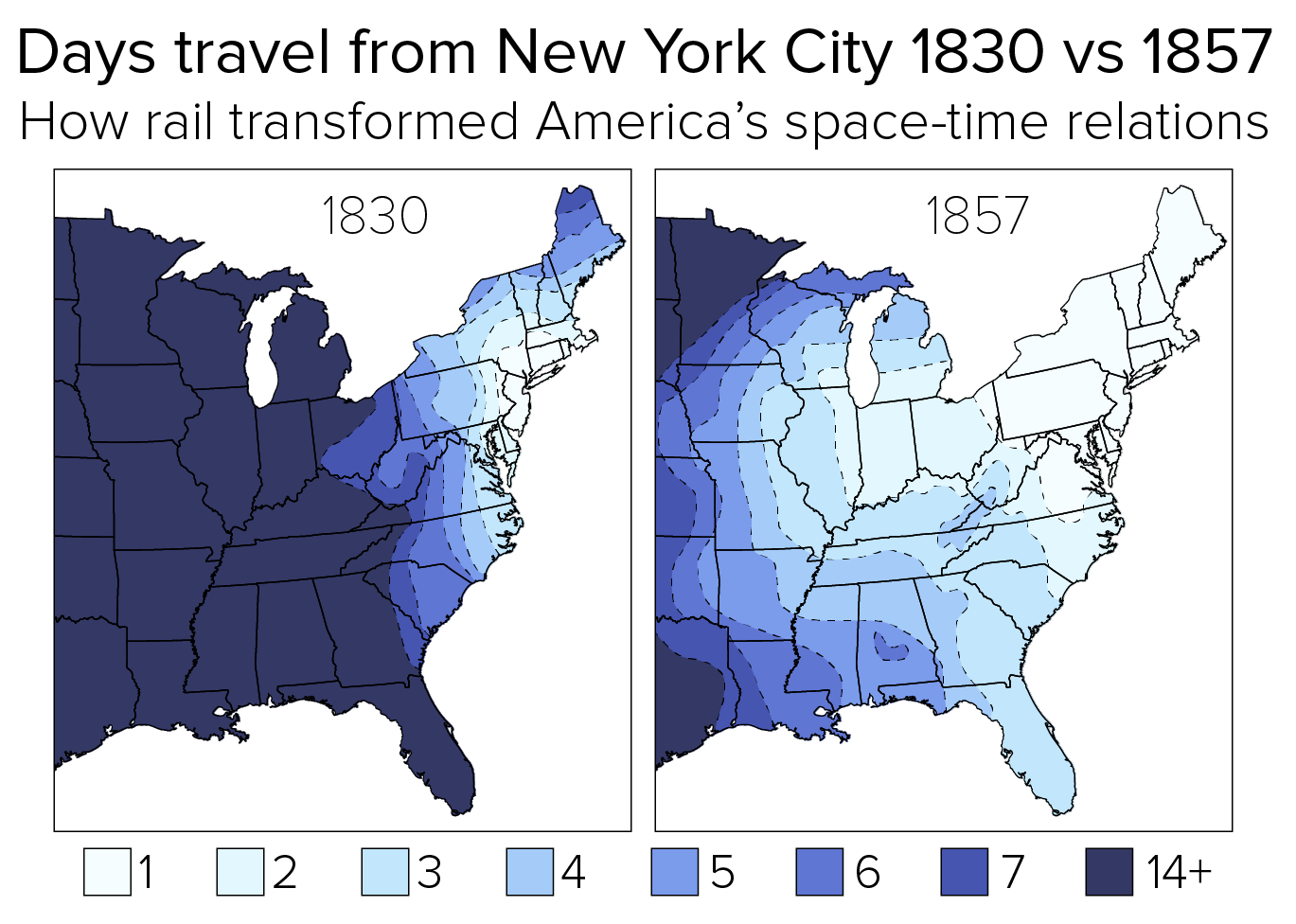 Franklin Roosevelt’s Civilian Conservation Corps (CCC) serves as a critical model for the type of effort and programs required. As LaRouche concluded his description of his third economic law:

The ceaseless increase of the physical-productivity of employment, accompanied by its benefits for the general welfare, are a principle of Federal law which must be a paramount standard of achievement of the nation and the individual. Every individual in society has the right, derived from natural law, to pursue happiness, to participate in the uniquely human process of upward, anti-entropic growth, the creation of a higher platform of society to bequeath to the next generation.