A Conversation With Bill Binney 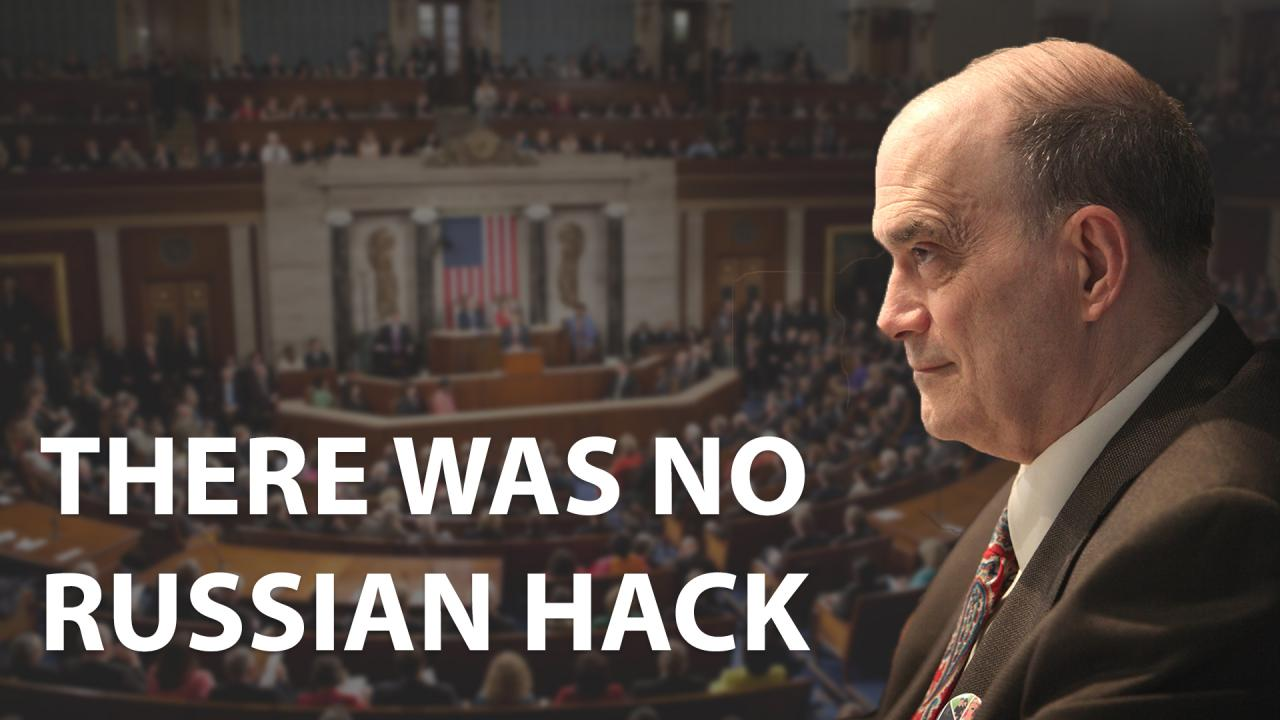 Rescuing the Republic from the Surveillance State

In early 2017 under President Trump’s direction, then-CIA Director Pompeo was told to meet with former NSA Technical Director Bill Binney, an expert on surveillance systems who subsequently informed Pompeo that there was absolutely no proof of a Russian hack.  On the contrary, Binney had personally assembled evidence of an intentional insider leak.

Binney informed Pompeo that the entire idea of Russiagate was a fraud, yet Pompeo has to this day remained silent.  The question is, Why?  To this day, Bill Binney, who fully stands behind his 2017 assessment that the public account regarding the 2016 “Russia hack” is false, because the so-called “hack,” as described, was a physical impossibility, has not been given the courtesy of any response from Pompeo, positive or negative, despite his being tasked by the President to provide Pompeo with his expert assessment.  Had Pompeo taken appropriate action, the coup against President Trump would have been shut down in November of 2017, if not earlier. Why did Pompeo not act then?  What has been the cost to the nation of his failure to act?  What was the collateral effect of perpetrating the “Russia hack” hoax on undermining the essential working security relationship that the United States needs to have with Russia in various regions of the world, such as Syria?

Schiller Institute Chairwoman Helga-Zepp-LaRouche has issued an urgent call for the President of the United States to, at the earliest possible moment, hold a summit conference with the presidents of China and Russia, and perhaps also of India, where President Trump will soon visit.  A new, fair, financial architecture; a new set of defense agreements crafted around the mutual interests of all four nations; a possible joint “Four Powers” mission for the peaceful exploration of the Moon and Mars; the development of advanced high-density/high-yield energy technologies, emphasizing fourth generation nuclear fission and thermonuclear fusion research, rejecting the Malthusian premises of the “Green New Deal”—such discussion requires new thinking, different from that of “The Clash of Civilizations” concept that Mike Pompeo espoused at the recent Munich Security Conference.

Will the American public and others internationally mobilize to demand that patriot William Binney finally be allowed to tell this country the truth about the Russia hoax?   If you think you and your fellow citizens deserve to know the truth, join us Saturday, February 29 for this special event!

Seating is limited and tickets are required to attend this event. Tickets $20 in Advance; $25 at the door day of event. You can purchase tickets directly through The Schiller Institute at 917-475-8828 or through the Box Office at 2537 Broadway, New York, NY 10025 or www.symphonyspace.org