75th Anniversary of V-E Day: Commemorate the Victory Against Fascism with a New Bretton Woods System 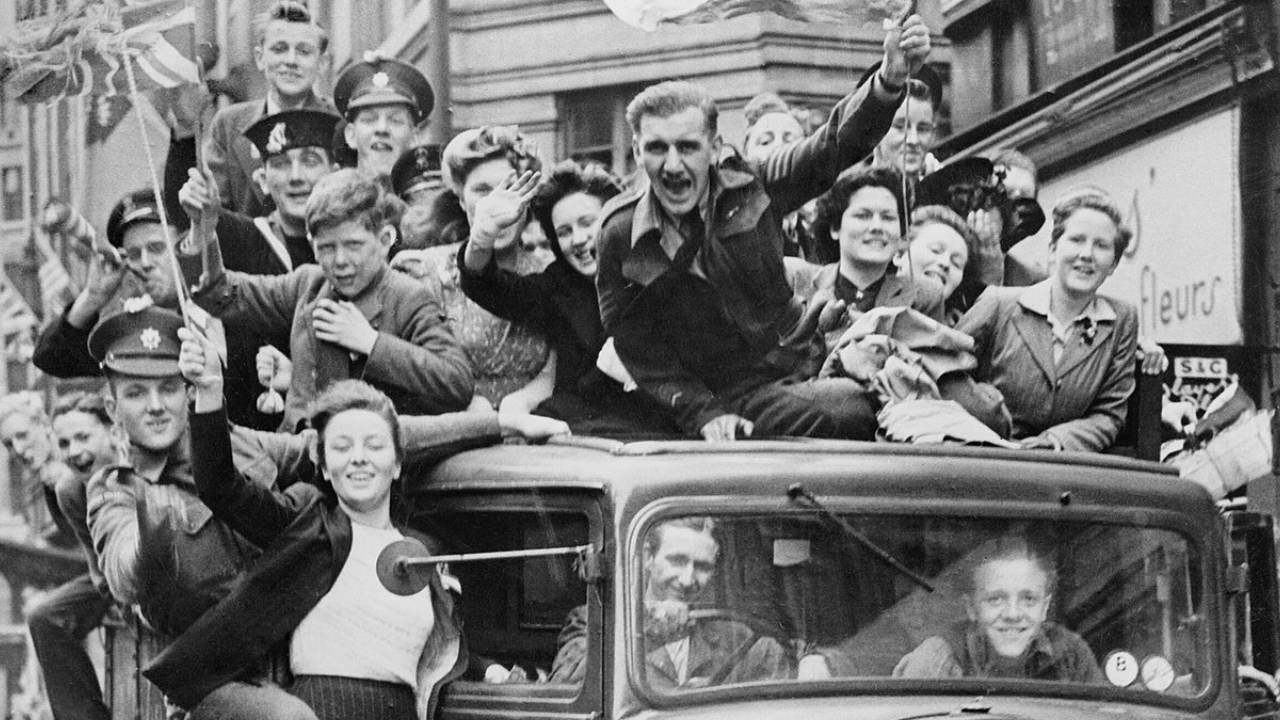 LaRouchePAC would like to invite you to a Schiller Institute event on Saturday, May 9 at 2pm EDT, commemorating the 75th anniversary of V-E day, the victory over fascism in Europe.

World War II, 1939–1945, occurred at the concluding phase of Franklin Delano Roosevelt’s twelve year presidency. FDR’s post-war vision for a world free from what he accurately termed the “18th century methods” of British, French, Belgian, Dutch, and Portuguese colonialism, was one intended to replace that imperial rule with Alexander Hamilton’s American Revolution in the science of physical economy.

The necessity for an international dialogue among nations, and particularly Russia, China, India, and the United States, is immediate. As Helga Zepp-LaRouche, founder and chairman of the Schiller Institute, said on Saturday, April 25: “I’m greeting all of you who are watching this internet conference from all over the world, and I think you are all aware that the human species right now is confronted with an unprecedented crisis, which not only threatens to cost the lives of many millions of people through illness and hunger, to sweep away many of the institutions which people had taken for granted until now, and to plunge large parts of the world into a new dark age, including culturally—but it can also lead to a thermonuclear war that would potentially wipe out all of humanity.”

The Schiller Institute’s April 25–26 conference, “Mankind’s Existence Now Depends on the Establishment of a New Paradigm!”, attended by 2,500 people, successfully established a vital international “symposium for durable survival.” This discussion process, which has already featured government-level representatives from many nations in dialogue with American farm leaders, physicians, scientists and science students, and activists, must be continuous and uninterrupted.

The United States must be pulled back from the brink of its own induced self-destruction at the hands of the British, which works much as did Othello’s induced self-destruction at the hands of his “trusted ensign,” Iago, in Shakespeare’s play. Consider this exchange between FDR and Winston Churchill in March, 1941, months before the United States entered the war:

ROOSEVELT: “Yes. I can’t believe that we can fight a war against fascist slavery, and at the same time not work to free people all over the world from a backward colonial policy…”

CHURCHILL: “There can be no tampering with the Empire’s economic agreements.”

CHURCHILL: “They’re the foundation of our greatness.”

Later that evening, according to Elliott Roosevelt, son of FDR, in his book, “As He Saw It,” Churchill continued:

“Mr. President,” he cried, “I believe you are trying to do away with the British Empire. Every idea you entertain about the structure of the postwar world demonstrates it. But in spite of that”—and his forefinger waved—“in spite of that, we know that you constitute our only hope. . .”
Elliott Roosevelt concludes: “In saying what he did, he was acknowledging that British colonial policy would be a dead duck,…and British ambitions to play off the U.S.S.R. against the U.S.A. would be a dead duck. Or would have been, if Father had lived.”

Now, today, the world would welcome the real America, FDR’s post-war anti-colonial America, the America of World War II veteran Lyndon LaRouche and of the LaRouche “Four Laws.” On May 9, the greatest honor that can be paid to the over 70 million people that died through that war, would be to commit to build an alliance of nations, the Four Powers. Helga Zepp-LaRouche emphasized, “The four main nations of the world—the United States, China, Russia, and India—must now establish a New Bretton Woods system and together with all nations that wish to join, a new paradigm in international cooperation among nations that is guided by the common aims of mankind. The fourth of Lyndon LaRouche’s “Four Laws” defines the qualitatively higher economic platform, the higher level of reason, of the Coincidentia Oppositorum of Nicholas of Cusa, on which the contradictions of geopolitical confrontation will be overcome.”

Let us, therefore, pursue this noble discussion in the shadow of the immortal regiments that wish to see the world for which they fought, and died, finally come to pass.