The current Western system is dead, time for a new one. 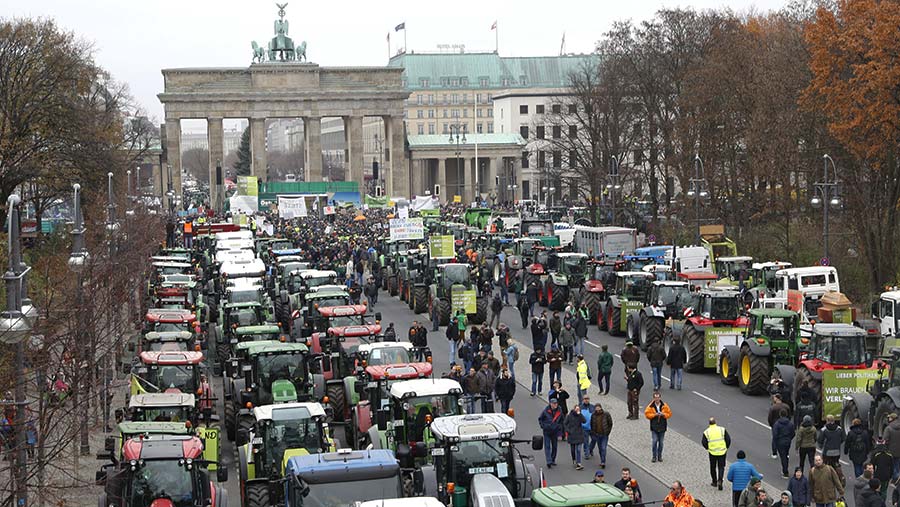 The fact that thousands of European farmers are now out on big city streets with tractorcades, protesting financial, green ruin, signifies that the entire Western casino monetary system is over. Always unfair, it is now a bust.

Robert “Bob” Baker and Marcia Merry Baker will report on the latest in the Trans-Atlantic farm situation, in terms of mobilizing for a new economic architecture to benefit nations, not billionaire green freaks. This involves the restoration of science, and opening the way for a future of plentiful food and billions more people. Remarks from Farmbelt spokesmen will be featured.

We have reached the end-phase of cartels and of trans-national Wall Street/City of London mega-firms profiteering from their control of the food chain between producers and eaters. A big, fertile country like the U.S. has been made import-dependent for all kinds of basic foods, while source nations are looted. The whole continent of Africa has been kept over 40 percent food import-dependent. Independent American family-scale farms are being ruined. It’s all the same picture. It’s time to change it for good.

On Feb. 1, spokesmen from five Farmbelt states sent greetings of support to protesting German farm leaders.Their message said in part, “We call on the great power leaders of Europe, the U.S., Russia, China, India and any other nation willing, to get together, to start working out the measures for a new era of peace and plenty. End the commodity speculation and bail-outs. Put in Glass-Steagall type regulations for sound banking, issue credit for new infrastructure for high-tech electricity, transportation, water systems and more, especially space-travel agriculture. No more green cave-man outlook. Fire or retire all the professional negotiators for rotten, cartel-serving trade deals and green swindles. End the sanctions and warfare.”

Please call, text or reply to this email with any questions. Contact info is below.