Last week, LaRouchePAC activists participated in an “International Week of Action,” bringing Helga Zepp-LaRouche’s call, for an emergency Trump-Putin-Xi summit, to citizens and officials across the United States. While the flagship activity took place in New York City, where organizers rallied near the United Nations,  and LaRouchePAC-endorsed candidate Daniel Burke led a rally near Trump Towers, we were out on the streets throughout the country. 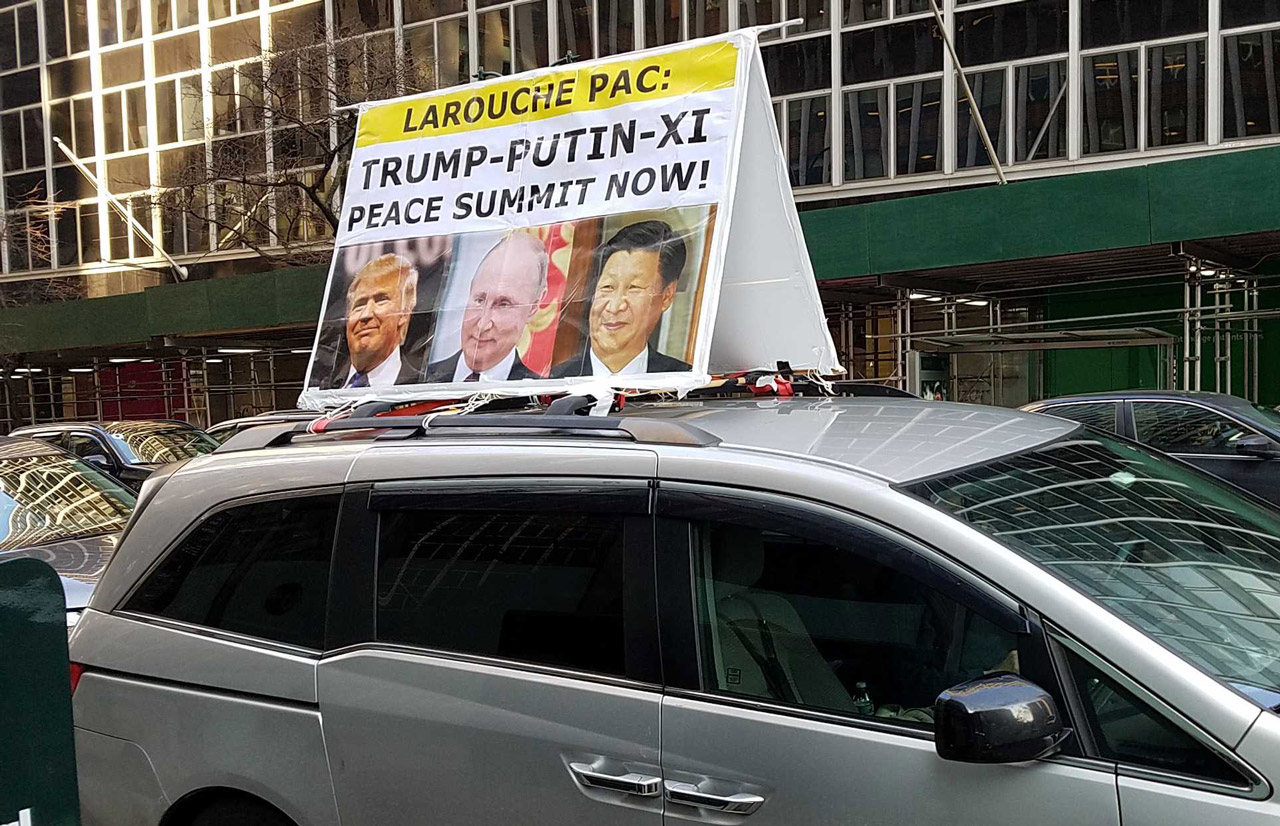 This sign was a big hit among cab drivers, as our car drove around Lower Manhattan. 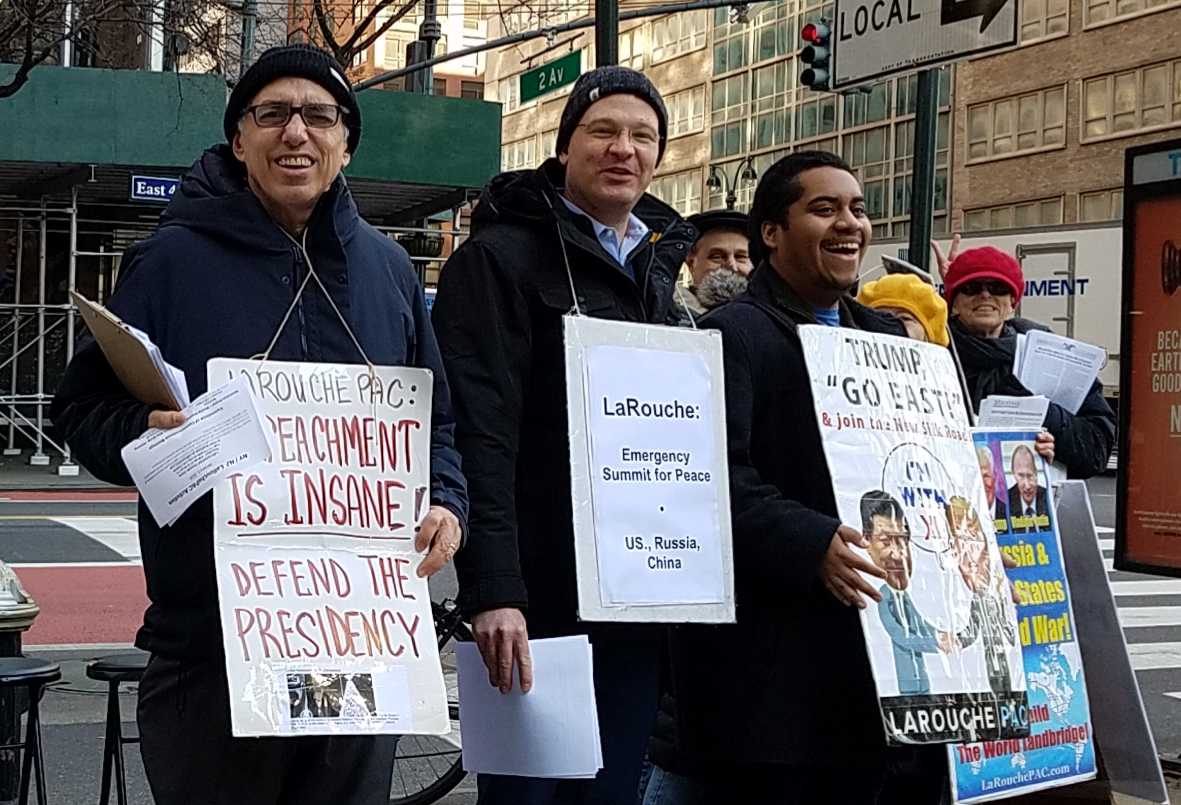 Meanwhile, an enthusiastic group of organizers took the campaign for a summit to a New York street corner near the United Nations. 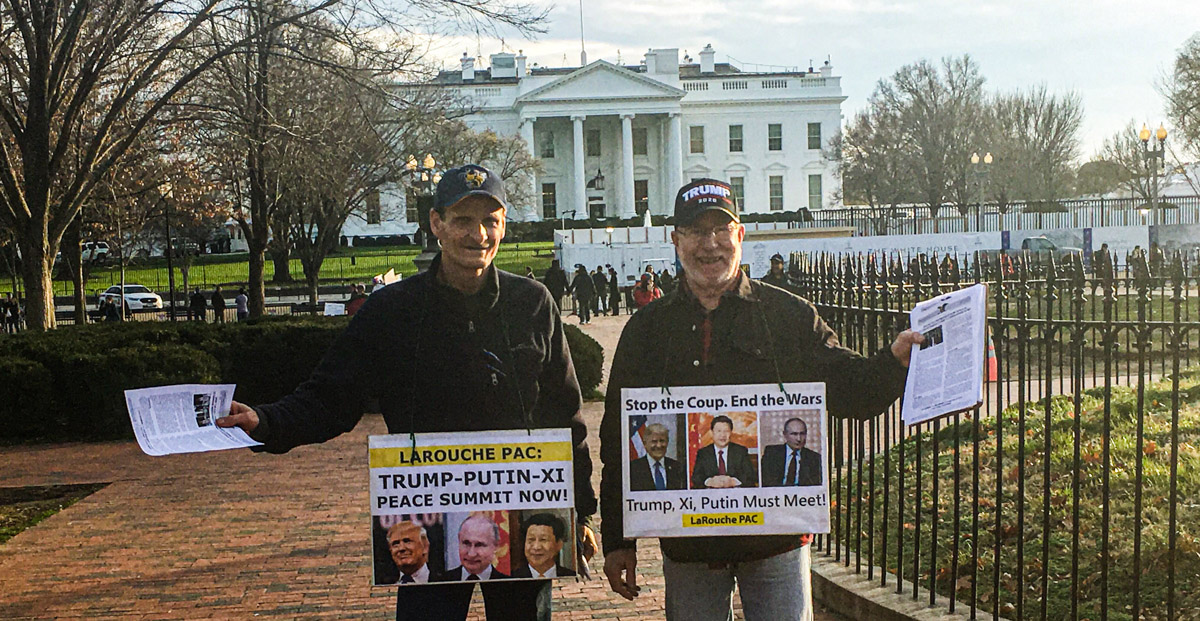 Not only did LPAC deliver the summit petition to every office on Capitol Hill, we also paid a visit to 1600 Pennsylvania Avenue. 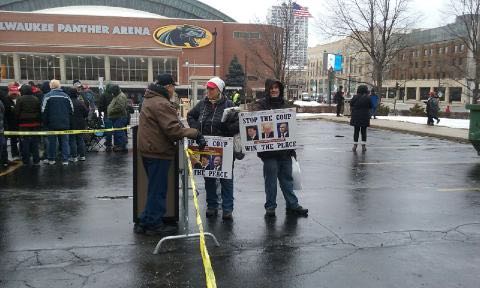 And to President Trump’s rally in Milwaukee, where organizers distributed 2000 leaflets to attendees. 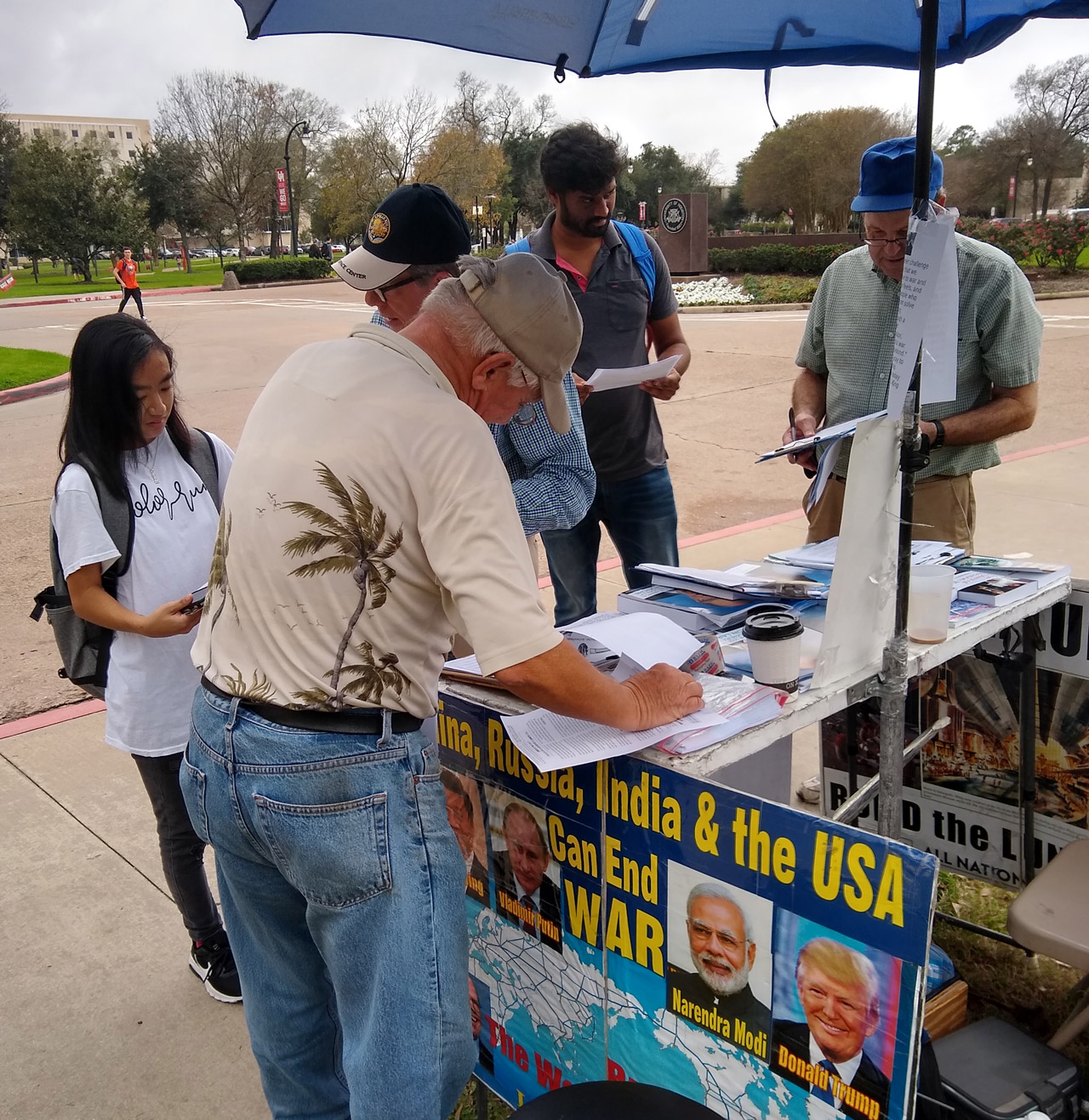 We took the campaign to “Stop the Coup and Stop a War” to campuses, as well. Here is University of Houston first, then Wayne State University in the heart of Detroit, MI. 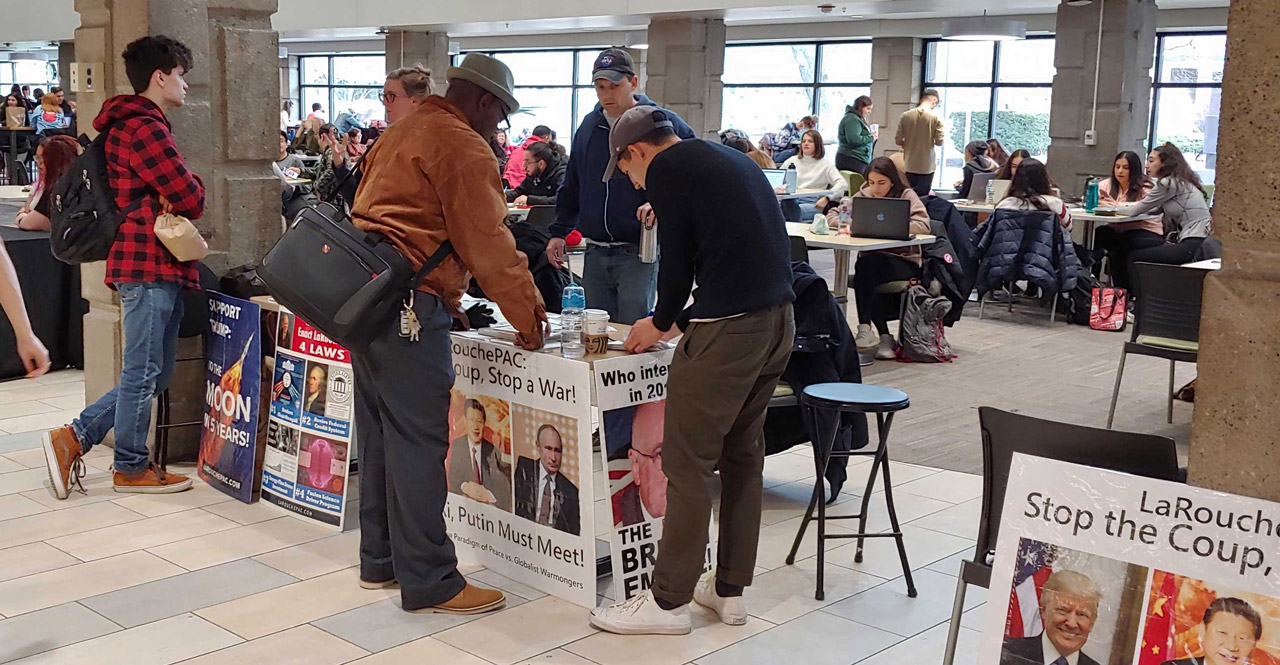